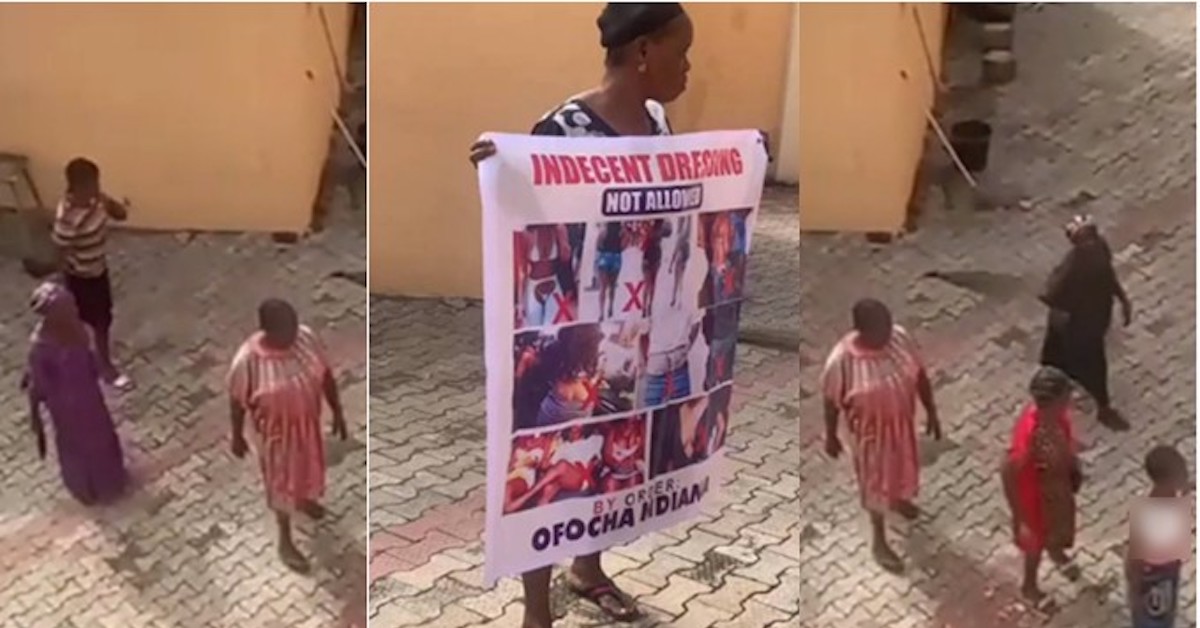 Groups of married women have protested against young women in Owerri, saying they are using ‘indecent dressing’ to snatch their husbands.

The women took to the streets and held up banners that captured their grievances alleging that young women are “snatching” their husbands with indecent dressing.

They also imposed fines against women who wear indecent outfits, adding that should they fail to pay the fine, they will have them to contend with.