Itele told me to cover him up, I didn’t know he recorded our conversation – Itele abandoned wife’s reveals, swear with Quran 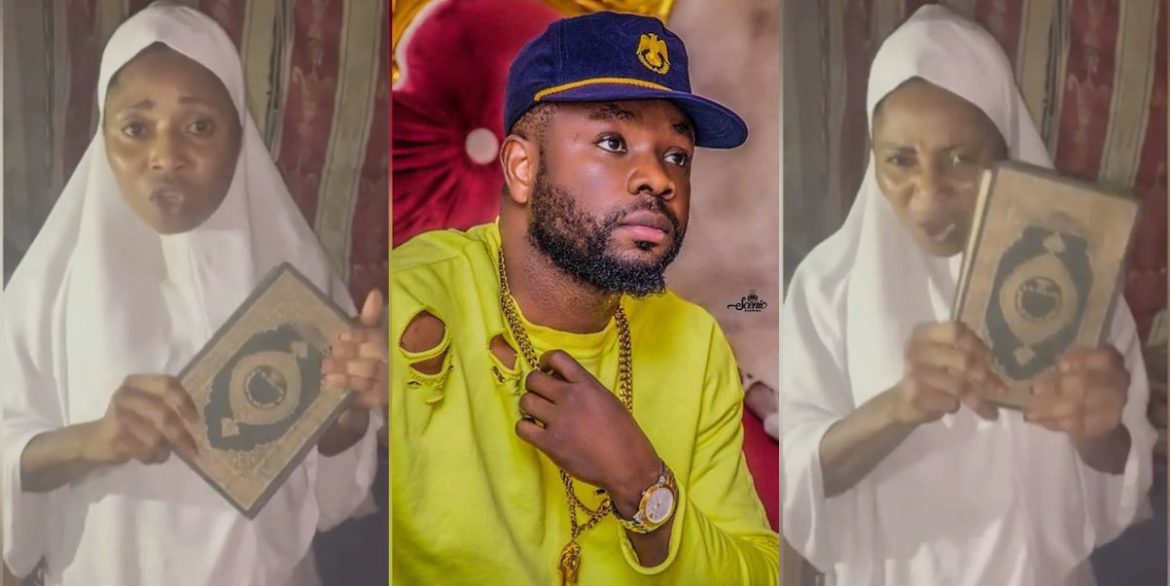 The abandoned wife of Ibrahim Yekini, aka Itele, has revealed that the recorded call Itele released was planned between both of them, says that itele call her earlier to cover him up not knowing he recorded the conversation.

She further swears with the Holy Quran that Itele owns the four kids and reveals that Itele used send 50k once in three months, not the 70k monthly she said in the recorded call.

Watch her video below:

Be like this ITELE matter no go end oooo🙄🙄🙄 Itele wife don come out say the voice note wey itele release was planned between both of them , say itele don call am for afternoon say anything wey him talk, say make the wife cover am up and make the wife no allow anybody snap the kids or call the wife to interview her, be like itele see how we call small paps papa😂😂😂😂so when itele call for night the woman say she was just covering up for him, plenty voice notes still Dey ooooo, abi which kind wahala be this like this , the woman also shows off itele kids and said she has been the only one taking care of them all along, GLB Nation more voice notes stil Dey oooo, wetin we go do bayi??? I come in peace oooo

“If you wish me failure, you and your generation will fail” – Anita Joseph