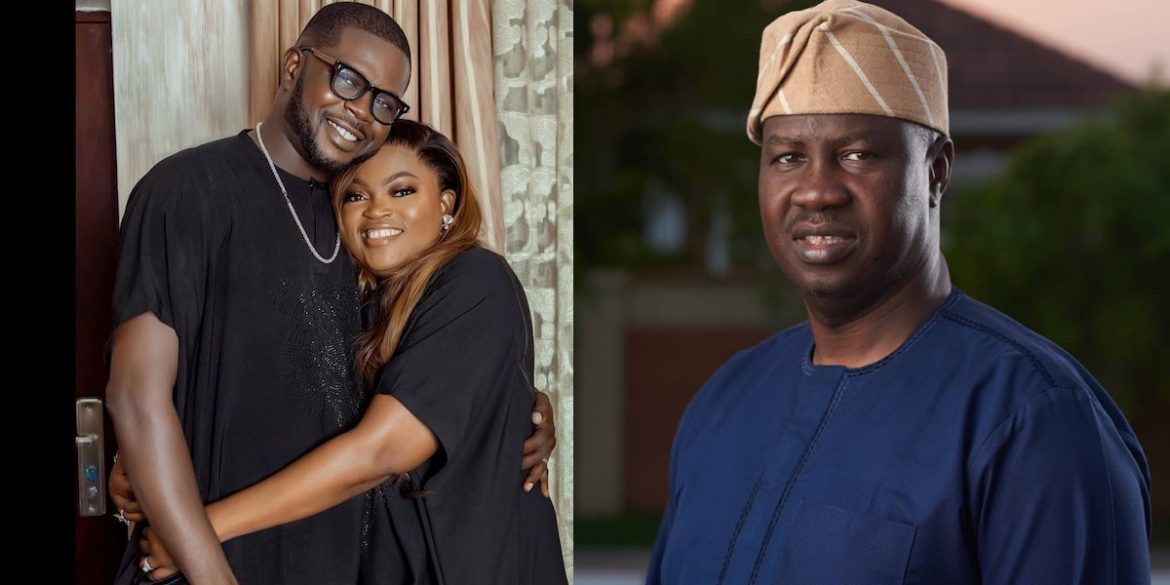 Earlier today, JJC Skills had announced the dissolution of his marriage to Funke Akindele.

JJC Skills admitted that the marriage had been having issues for two years.

He confirmed that Funke Akindele asked him to leave her house and had refused any form of amicable communication with him.

According to him, their marriage was now beyond repairs and at the time of making the announcement he was looking at how they can co parent with ease and manage their joint business. Read more here.

Taking to his Instagram page, Babatunde who has had a long-time beef with Funke Akindele used her marital woes to mock her.

He expressed his joy at the breakfast that was served at her.

Gbadamosi revealed that more of it was coming for the actress.

“Breakfast is served. Lunch is coming. Dinner will be sumptuous”. Couple welcome twins after over 12 years of waiting

“Ladies, don’t get too successful” Toolz advises as she speaks on Funke Akindele marriage