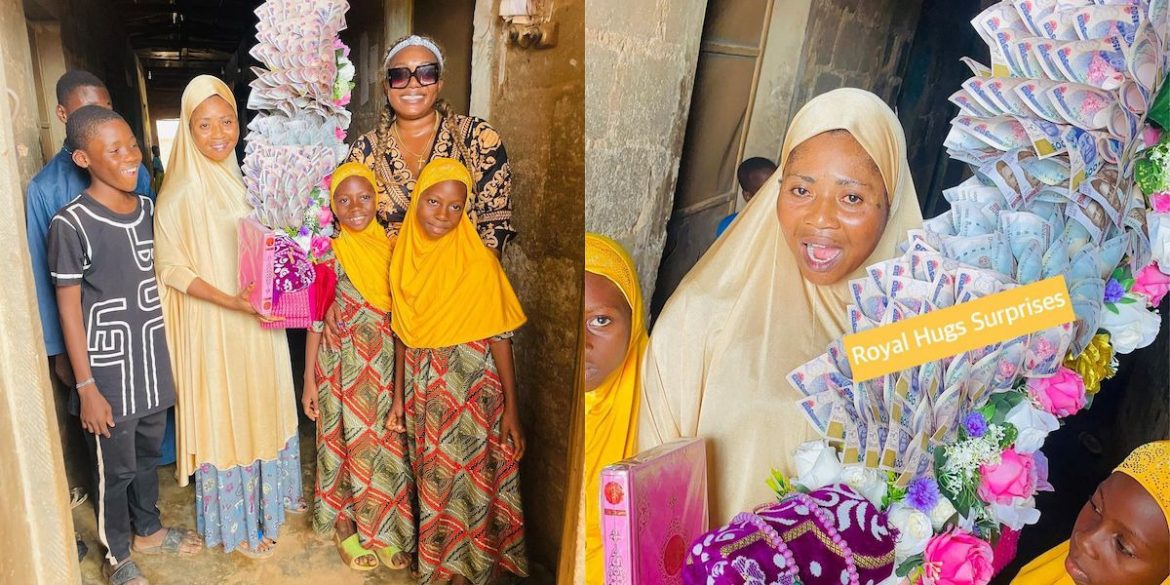 Ibrahim Yekini was accused of dumping his second wife and her four children without taking care of them.

Reacting to this, Ibrahim Yekini says that he’s certain that one of the kids is his own and he’s not sure of the other three but he still tries his best to take care of them.

He also reveal that he used to give his second wife 70k Naira monthly allowance.

The second wife swear with the holy Quran, saying he only gave her 50k once in 2 months and she has been the one taking care of the kids.

Reacting to this, many lambasted him, saying he’s irresponsible.

A popular creative surprise, Royal Hug storm the house of the second wife and surprise her and her four kids with huge flower money.

See photos and video below:

Tonto Dikeh opens up on relationship with...