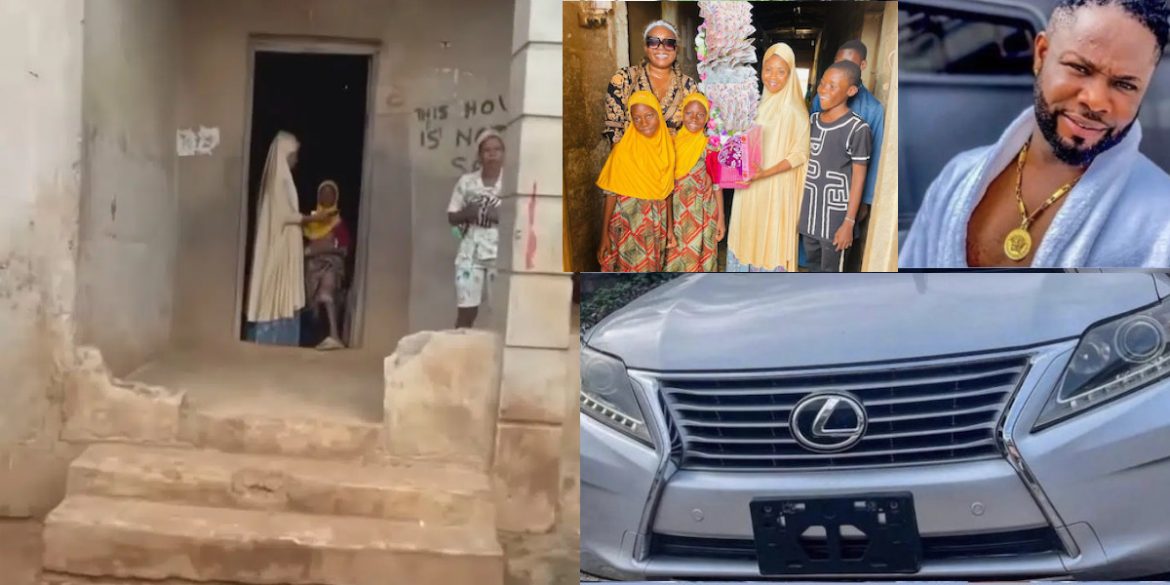 Gistlover, who has been calling out the actor for abandoning his family, stormed the one-room apartment where his wife and kids live to shower them with love and gifts.

Together with Royal hugs, his wife was gifted thousands of nairas to take care of her children.

Sharing photos online, many couldn’t believe that the family of the popular and rich actor were living in shabbily.

See the photo of the jeep plus the video of the uncompleted building his wife and children and staying: A Teacher at my Child’s School has...