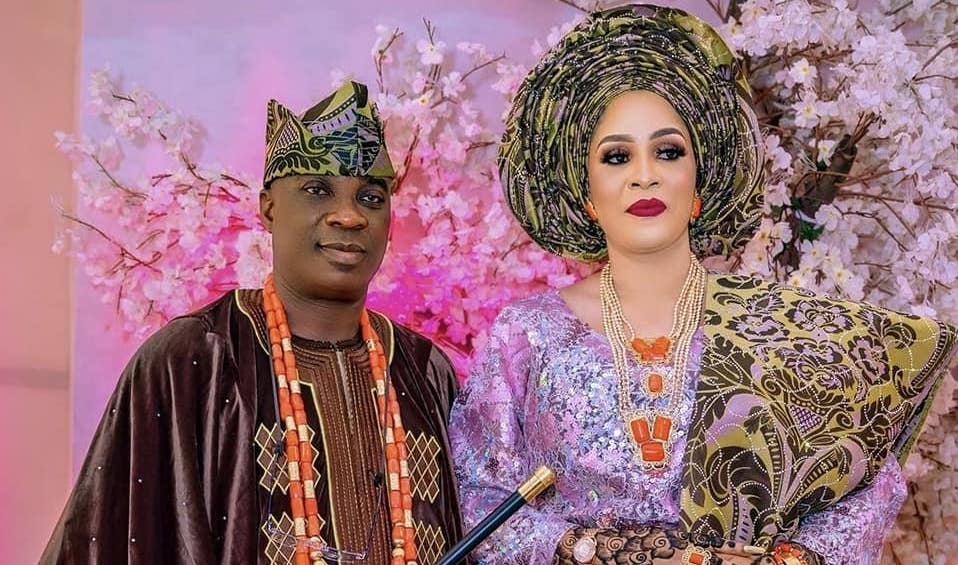 Following the alleged breakup rumour, fuji musician Wasiu Ayinde has assured his wife Emmanuella Ropo, saying he has made up his mind not to marry another woman.

There were unconfirmed reports alleging the Fuji icon and his wife, Emmanuella, are calling it quits after the latter slapped her husband at an event.

The singer, via a statement through his media spokesman, Kunle Rasheed, debunked the report of quarrelling with his wife, Emmanuella Ropo.

“The attention of the K1 Organisation has been drawn to a wild allegation making the rounds by a faceless blogger.

The said blogger had gone on social media, to allege that Fuji king and Mayegun of Yorubaland, K1 de Ultimate had quarreled with his new wife Emmanuella Ropo Marshal and that the lady had even slapped the fuji king during the said altercation…

We merely want to state that at no time did the Mayegun quarrel with his wife Ropo to the extent of her raising her hands on him. We are shocked that such allegation can be thrown so casually.

We also state that Mrs. Emmanuella Ropo Marshal is very busy with her wifely duties than to follow the fuji lord to his official engagements. In recent time, the only party she has attended with her husband was the one held in GRA Ikeja lagos when a top society buff who is a common friend of the couple celebrated his 60th birthday…”

Numerous updates have followed this development. The couples have been spotted severally showing love and affection in public spaces.

A video that made its way online captured K1 assuring Emmanuella of her place in his house during an event hosted by broadcast journalists in Ogun state to mark his 50 years on stage.

While one of his songs was playing in the background, K1 De Ultimate assured Emanuella that he was not marrying another wife. The singer gestured through the song’s lyrics by pointing at his wife sitting by his side.

“You are an Oloriburuku fellow” – Laide...

My mother wants me to start acting...