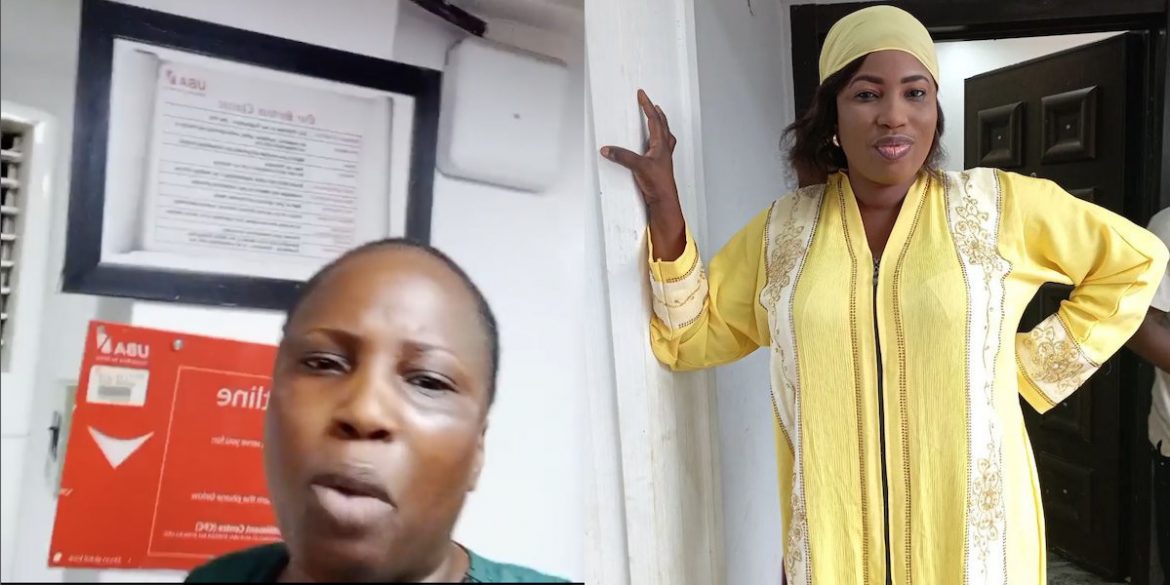 Nigerian actress Victoria Ajibola popularly known as Omo local has stormed UBA banks after a million Naira was detected from her account via POS within 30 minutes.

The actress shared a video of the moment she went to her bank to complain about the fraud and she was told nothing can be done from their end.

She further reveals that the management of the UBA branch she visited ordered the police to arrest her when she started recording.

She lamented over the fact that she has never collected such a huge sum at once from her account and N1m was wiped in just thirty minutes with reference to a POS machine.

Sharing a video of herself, the actress was seen crying bitterly as she spoke to someone on the phone.

The situation of this country is getting worse everyday like see what UBA did to me since last week Friday they withdraw all money through pos and nothing as been done to it since last week Friday and when we got to the POS paycom office of Nigeria @opay.ng they said is only UBA ubagroup that can send them an email before they can do anything to it but still UBA could not do anything to it WHY ARE WE SAVING MONEY TO ACCOUNT WHEN THE MONEY IS NOT SAVE crying out LOUD FOR JUSTICE and the money is up to 2millon naira even me beneficiary i cant withdraw more then 150,000 in a day and those stupid people withdraw up to 2m not up to 30 minutes UBA INVITED POLICE MEN TO HARASS ME JUST BECAUSE I WANT TO NO WHAT THEY HAVE BEEN DOING ABOUT THE MONEY ubagroup

Adebayo Salami burst into tears as his...