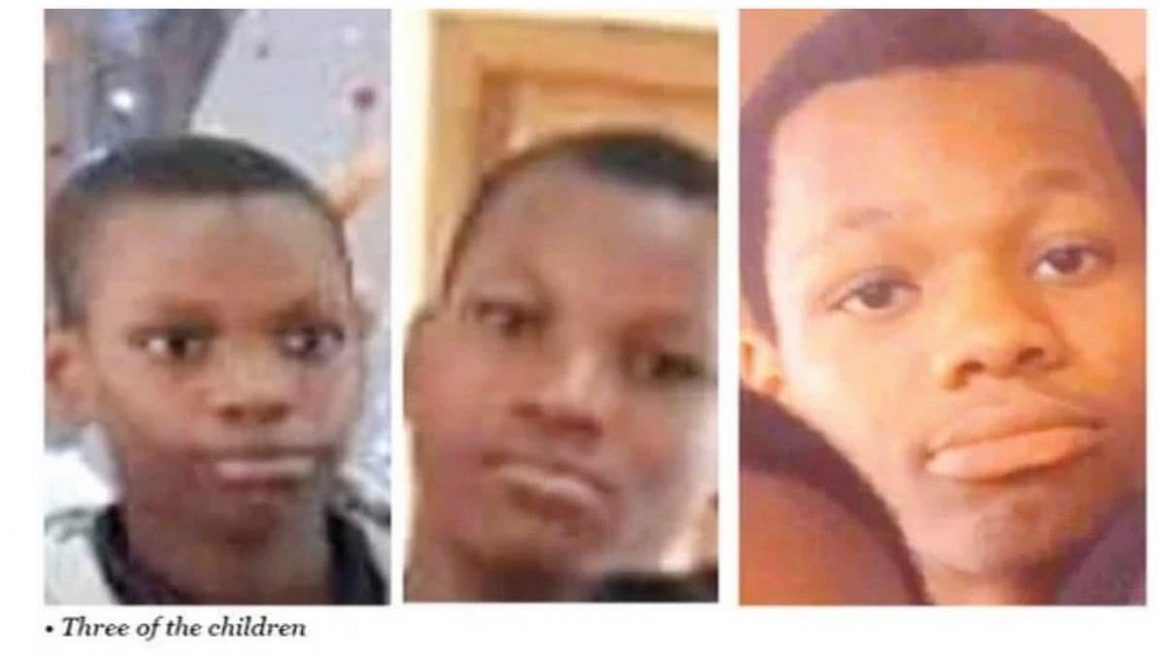 A Nigerian couple, Chukwudi Micheal and Bolani Micheal have been thrown into mourning after four of their children perished in an inferno that gutted their two-bedroom apartment on Tapa Road, Oke-Oko, Isawo, in the Ikorodu area of Lagos State.

The couple was said to be sleeping in their room with their eight-year-old daughter when the inferno started in the room where the four boys slept.

Jeremiah, their 12-year-old son d!ed on the spot while the three others, Prayer, 18; Trust in God, 14; and Ebube, 10, sustained severe burns and were rushed to a hospital, where they d!ed a few days later.

“After waking up, I alerted neighbours who helped me to break the windows of the boys because their door was locked. We were able to rescue three of the boys from the fire, but one had already been burnt to d£ath. We rushed them immediately to a hospital with the help of a neighbour’s car, but we eventually lost them.”their 46-year-old father told Punch

The distraught father noted that men of the Lagos State Fire and Rescue Service only came in the morning when the fire had been put out by neighbours.

However, the Public Education Officer of the state fire service, Amodu Shakiru, stated that the fire was put out by firefighters, adding that five persons were rescued.

“We rescued five persons and recovered the burnt body of a teenager.”he said

The couple say they have no idea how the fire started as anything that could start the fire had been put off.