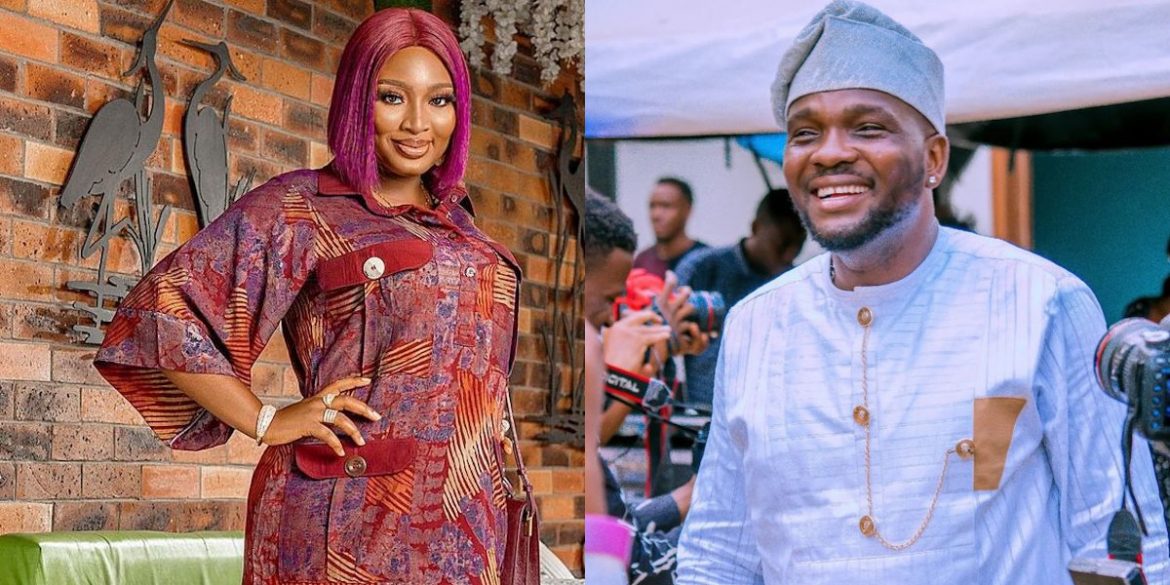 Nigerian actress, Adebimpe Oyebade has come clean about her relationship with a colleague, Yomi Fabiyi.

There have been rumors that Mo Bimpe is having an escapade with Yomi when she was working with him.

Confirming the reports as untrue, Mo Bimpe stated that Yomi didn’t ask her out until she finished shooting his movie.

According to her, Yomi stated that if he knew she would have turned his proposal down, he would have made his feelings known before shooting the movie with her.

Mo Bimpe made this known while answering a fan’s question on if she is in dispute with him over sex for role allegation.

Mo Bimpe added that she isn’t in talking terms with the actor because he told her to either date her or be enemies with her and she had no choice but to choose the latter.

“NO! In fact he didn’t ask me out till we finished his movie I featured in (tho he said if he knew I was going to turn him down then he would have done that before shooting the movie). We don’t relate cos he insisted on either dating me or being enemies and I had to choose”.

Timeofgist in 2021, Bimpe Oyebade had spoken out on her relationship with Yomi Fabiyi.

Reacting to Bimpe’s comment, an Instagram user referred to how Yomi Fabiyi consistently shades the actress on his social media page and calls her unprintable names.

Responding, Adebimpe Oyebade said she was aware of Yomi Fabiyi’s shades but had always ignored him.

According to the actress, the primary reason for Yomi Fabiyi’s action waz that she didn’t make herself available for his sexual needs despite how much he had pressured her.

The actress added that Yomi Fabiyi needed to be stopped stating she was thankful for God’s grace because she would had given up her acting career a long time ago.