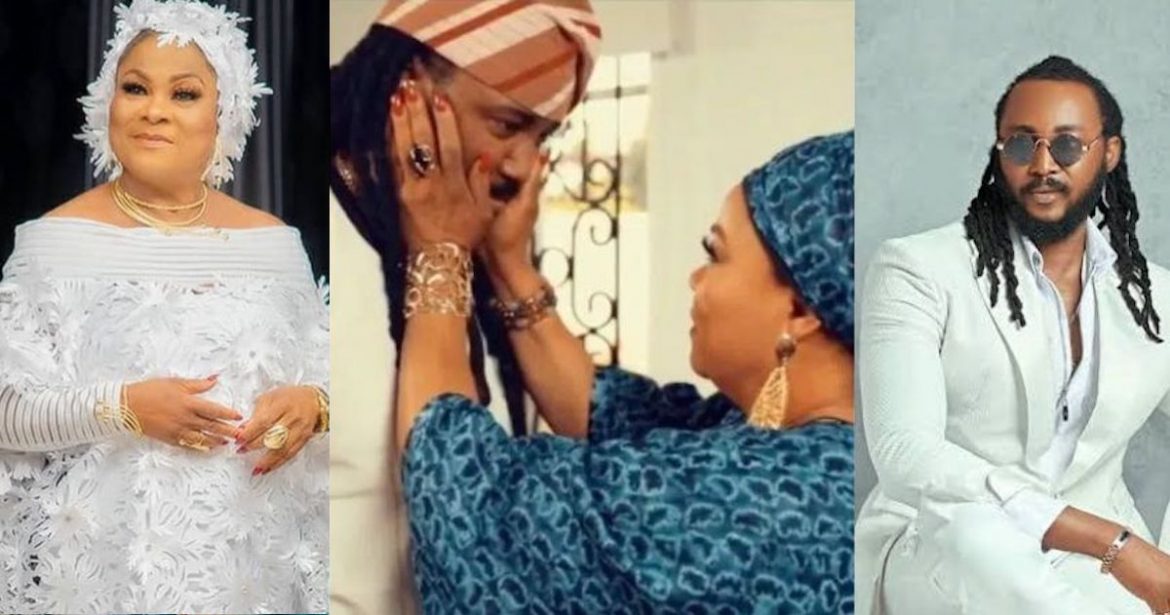 The King of Boys stars sparked dating rumors on a few occasions over their seeming strong bond and ‘chemistry’ on the movie set.

in a recent interview with Chude Jideonwo, Sola and Titi Kuti dismissed the rumours.

“It’s more than acting now because I see him as my son and I love him so much. There’s something about Titi Kuti, he’s a good listener, very very respectful and has a lot of etiquette. Well brought up!”

“When you see a chap like this, you’ll see that he is down to earth, very very Humble. So when I saw him, I said, omo you got to move, don’t stay behind there. I told him something that he has to be a pilot, he has to go do that and I’m pushing him on it, I won’t let him stay, he’s still moving. On the move, we move. Ade Tiger, yeah yeah till I die!”

Ade Tiger said he is very much aware of tongues wagging that he is Sola’s “boyfriend”. In his words:

I have been sleeping with my father-in-law, ,my last belong to him- Lady confess

I’ll not Leave My Marriage Because my...

Congratulations Pours as Nkechi Blessing Get a...