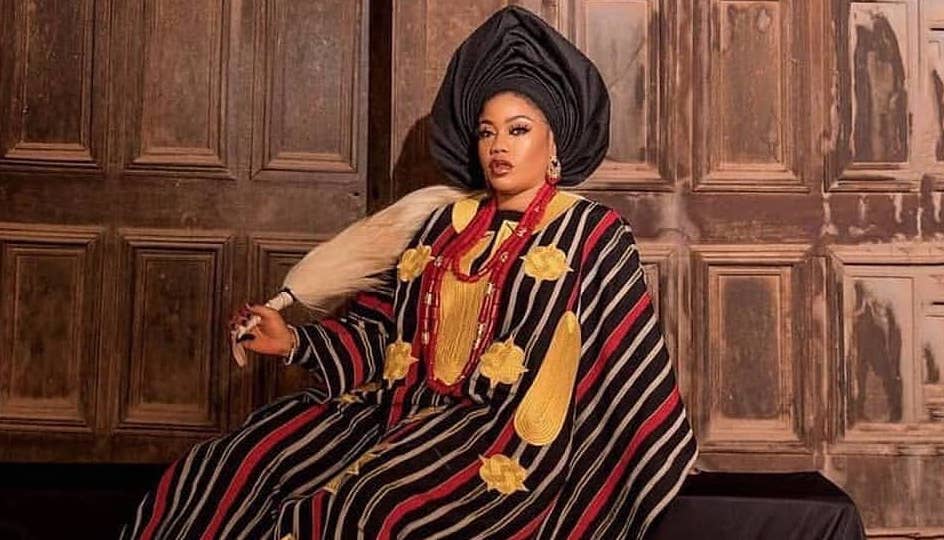 Celebrity stylist and fashion designer Toyin Lawani has opened up about being a rape victim.

The mother of three, who had a heart-to-heart interview with Chude Jideonwo, opened up about being raped at 15.

Toyin Lawani stated that she hadn’t told anyone about her rape incident; even her husband didn’t know what happened.

Toyin Lawani disclosed that a family member, her uncle raped her and she got pregnant from it.

In her touching story, she revealed that she had to go for an abortion because she was still young.

Her aunt suggested it and took her to a doctor in Ibadan, who took out the foetus.

Toyin Lawani further revealed that her mother was devastated when she got hold of it.

Toyin stated that this incident made her very strict with her kids.

The wife of Segun Wealth added that she hated her mum for her busy schedule; however, being a mum herself, she understands better why her mum was making many sacrifices for them.

Chude said: Why did you leave home at 14?

“No 16, I never told anybody this before, I don’t think I have told my husband. At 15, I got raped by someone in my neighborhood, I have told my husband about the rape before, it was one of my uncle. I couldn’t tell my mum, it was so bad for me wen somebody bullies you to the extent that you can’t talk. It was so bad. I opened up to one of my aunties, she is late now, aunty Bola, and she took me to Ibadan they tried to get rid of the pregnancy. It was at the same time I had to go get my admission in Uni and my mum, my mum is late – my dad is late, so don’t want to breakdown, so I can’t talk about it. They had to take me to a hospital in Ibadan, the pregnancy was about 5 months cause I didn’t tell anyone and it was so hard for me.

Speaking on her late mum’s reaction, she said, “I went to get my admission and I fainted at the premises. The doctor opened up to her that I was pregnant and they had to take it out. She couldn’t take it because I was so young and I didn’t tell her all this because the person was close.

That’s why I am very strict with my kids. I felt I had lost my innocence to someone in the same house as us.

My mum was always working. I hated my mum so much because she wasn’t there until now that I had to do the same responsibly for my kids. It traumatized me”.

Murphy Afolabi and his Alfa want to ruin my life, bully me into silence for 5 years- Actress Omobolanle cries out