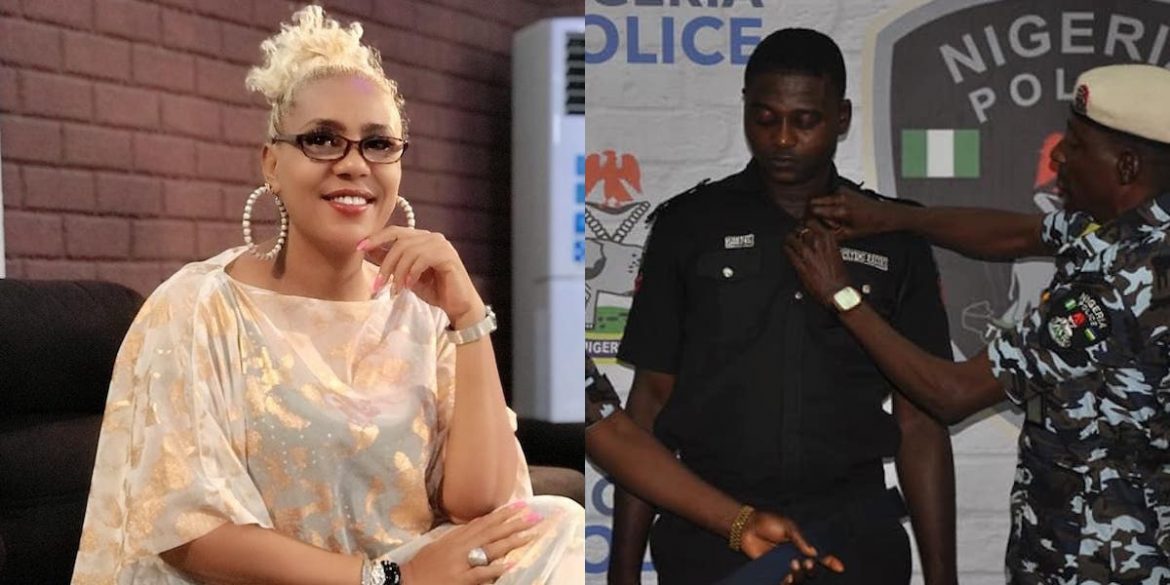 The veteran actress Shan George has condemned the actions of the Nigerian Police Force of dismissing every officer found guilty of misconduct.

Shan George emphasized that dismissal of officer as punishment for ordinary misconduct is too heavy as long as they didn’t kill anyone.

Shan George said this in reaction to the dismissal of a police officer, Corporal Opeyemi Kadiri with Force No. 509745, attached to Dolphin Divisional Headquarters, Lagos Police Command for gross misconduct, disobedience to lawful order, and assault on a member of the public captured in a viral video on August 3, 2022.

As Long As They Didn’t Kill Anyone. Suspend Them, Demote Them, Cut down their Salary Re Re-orientate Them, But Don’t Dismiss PoliceMen. Nigerian Police, Nigerian government stop dismissing policemen.”