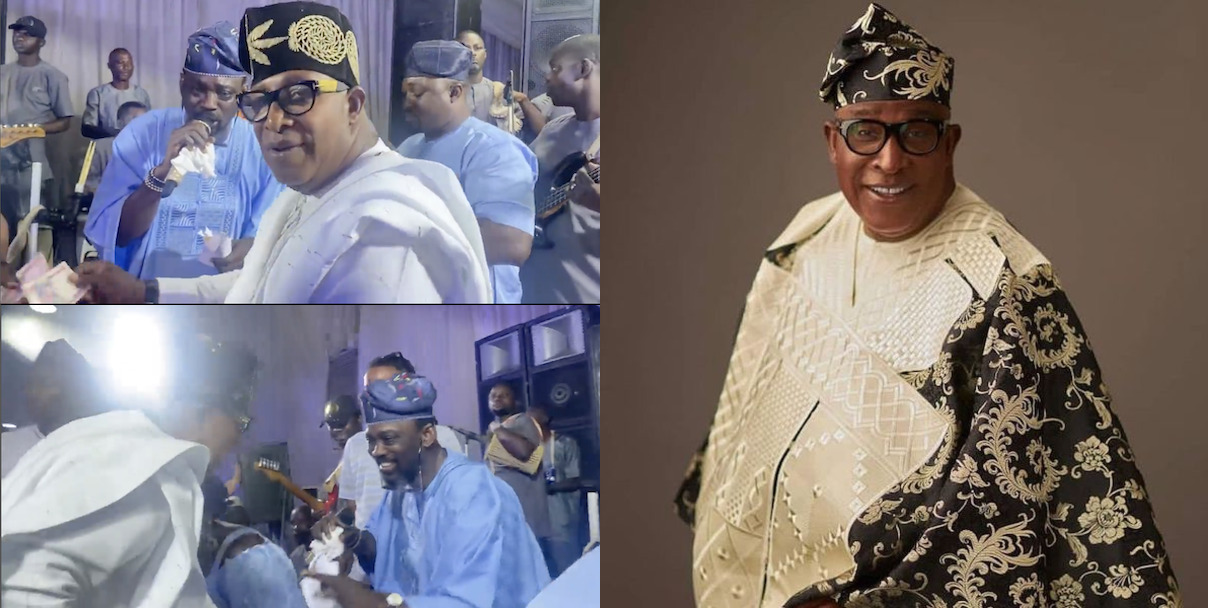 Veteran actor, Adebayo Salami surprise many as he challenged Fuji singer, Pasuma to a dance battle.

The highly revered entertainers were among the few who attended the wedding of Wasiu Adedeji.

Adebayo Salami shared clips from the event where he dared the legendary singer to a dance competition and interestingly, Pasuma, who was one of the singers thrilling the guests, accepted the challenge.

See the video and the reactions below:

smgbaba5: You are the winner sir