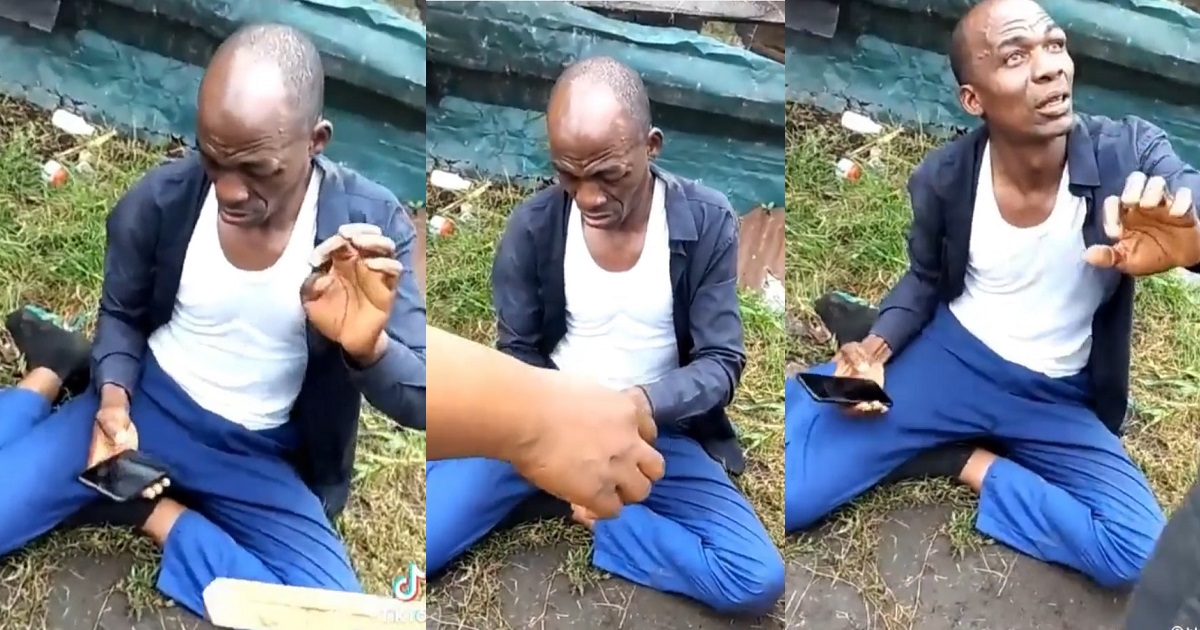 A Pastor was caught red-handed as he allegedly tried to sleep with his wife’s sister.

The cleric was seen sitting on the floor in the viral video, while being confronted by those who claim they caught him in the act.

He also tried calling a yet-to-be identified person while being interrogated.