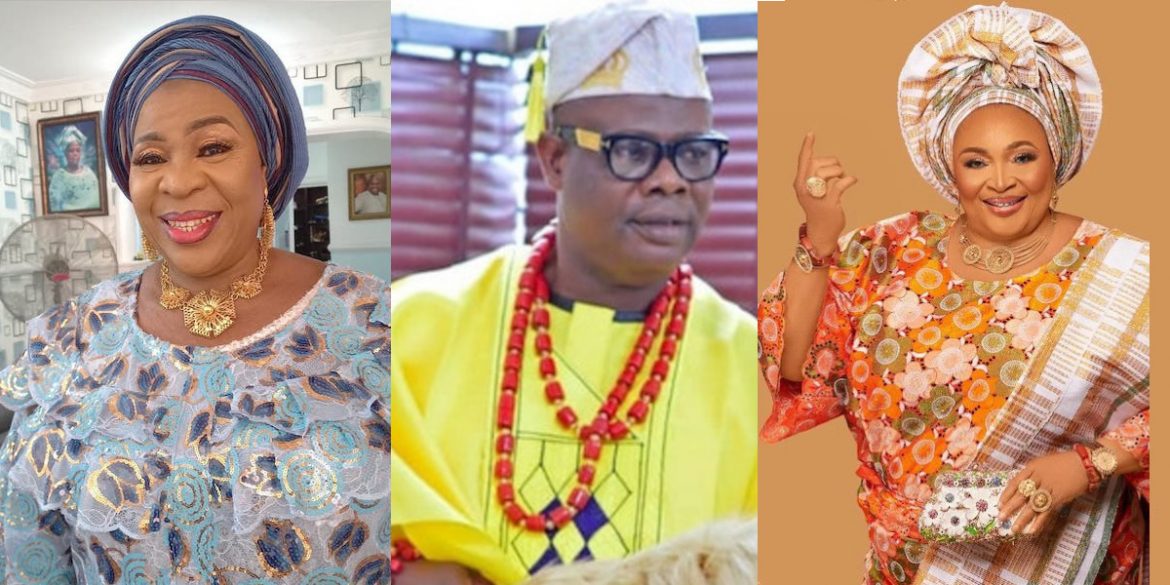 Timeofgist recalls that Madam Saje threw jibes at her colleague, Modupe Johnson aka Fali Werepe, telling her she’s not her mate in the movie industry.

In the video that surfaced online, Madam Saje was seen giving a short speech about the celebrant. and she stated that she has been in the industry with Yinka for over 50 years.

This didn’t sit well with Fali Werepe, as she interrupted her speech with an exclamation.

Madam Saje didn’t take Fali Werepe’s side remark about her speech too well as she slammed her.

She noted how she had been in the industry before Fali.

“Fali, I senior you in this profession – let’s say it in public, I don’t talk too much, I am your Oga”.

Fali Werepe, during her own speech also reply Madam Saje, saying she only called attention to her exaggeration.

“When she said she has been with Yinka for over 50 years, I shouted ahhhhh and I am not the only one who shouted ahhhh. People know when we started filming but we haven’t been in the industry for 50years.

Me and Abeni are friends and we can’t fight but we haven’t been in the industry for 50years”.

Reacting to this, Yinka Quadri shared a photo of himself at an event, accompanied by his friends. The veteran actor noted that friendship is not about who came first but about those who came and never left. He wrote:

Friendship isn’t about who came first.. It’s about who came and never left… Anything is possible when you have the right people there to support you.

House cleaner celebrate as she gets pregnant for her boss