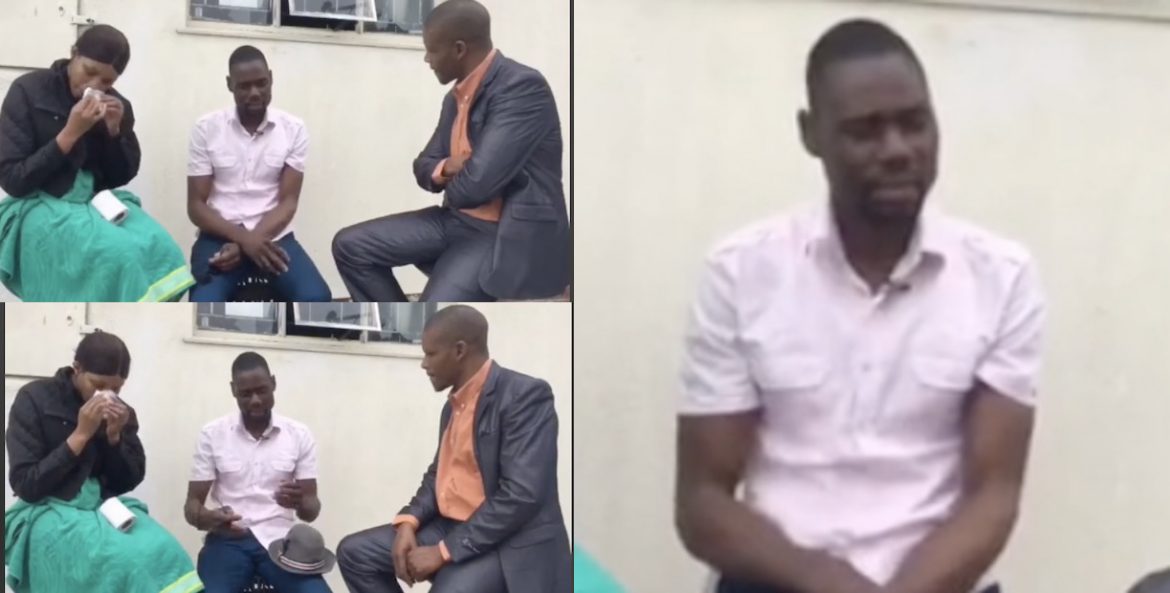 A married man who cheated on his beautiful wife recounted how he fell in love with a beautiful slender lady but shortly after they tied the knot, he noticed that she began to get fatter.

According to man after they tied the knot, he noticed that she began to get fatter and he wasn’t happy about the changes in her body size. He confronted her severally about it and even paid for her to go to the gym, but his efforts proved futile.

After failed attempts to make her go back in shape, he asked her why she was getting fatter and the chubby woman blamed her weight on ‘peace of mind’.

The sad husband then decided to cheat on her to take away her peace of mind. According to him, his plans worked as she subsequently got back into shape due to overthinking about his cheating escapades.

While narrating the experience, his wife sat beside him weeping without saying a word. “When I married her in 2017, she used to be a very beautiful woman then later, she became very fat and big.

I love my wife so I sent her to gym but it still couldn’t help. I asked her why is she so fat, she said it’s because she has so much peace of mind.

“So I felt the only way to bring my wife back is if I tamper with that peace of mind a little bit. That was when I decided to cheat. So if she starts thinking too much, she will become slender. As you can see now, she is back to normal. Slender”, the man narrated.