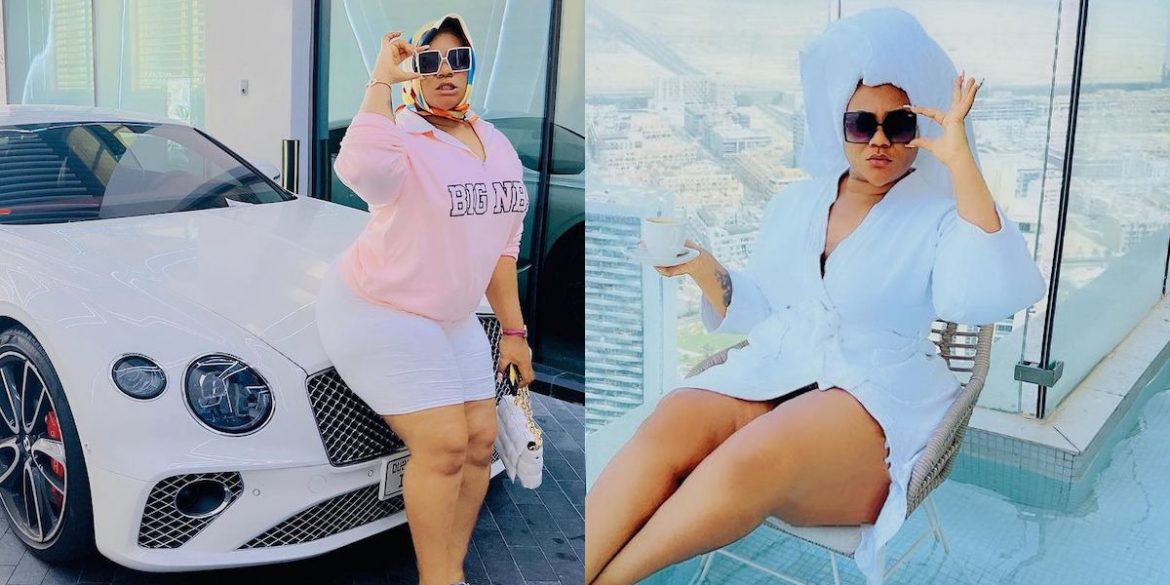 Nollywood actress Nkechi Blessing finally confirmed that she is in a new relationship with a 27-year-old man.

The 33-year-old had disclosed this to TV host Morayo Afolabi Brown on Your View show aired on TVC that she only dated Falegan to make her US-based ex-lover Mike Adeyemi jealous, adding that she never expected their relationship would get serious.

On if she still loves the politician, Nkechi noted that she is over him 100%, and he loved her more than she did but messed up when she was trying to level up.

She continued by saying she broke up with an ex in America and in the heat of the break up, he started posting another unidentified woman. According to her, Falegan was still asking her out, and she decided to use him to get back at her abroad ex but landed in a relationship instead. Nkechi further disclosed while blushing that she is now dating someone genuinely and he is a 27-year-old man while she is 33 and he makes her feel like a baby.

On posting him online, the actress added that they have not defined what they have, but they are friends for now, just going with the flow.