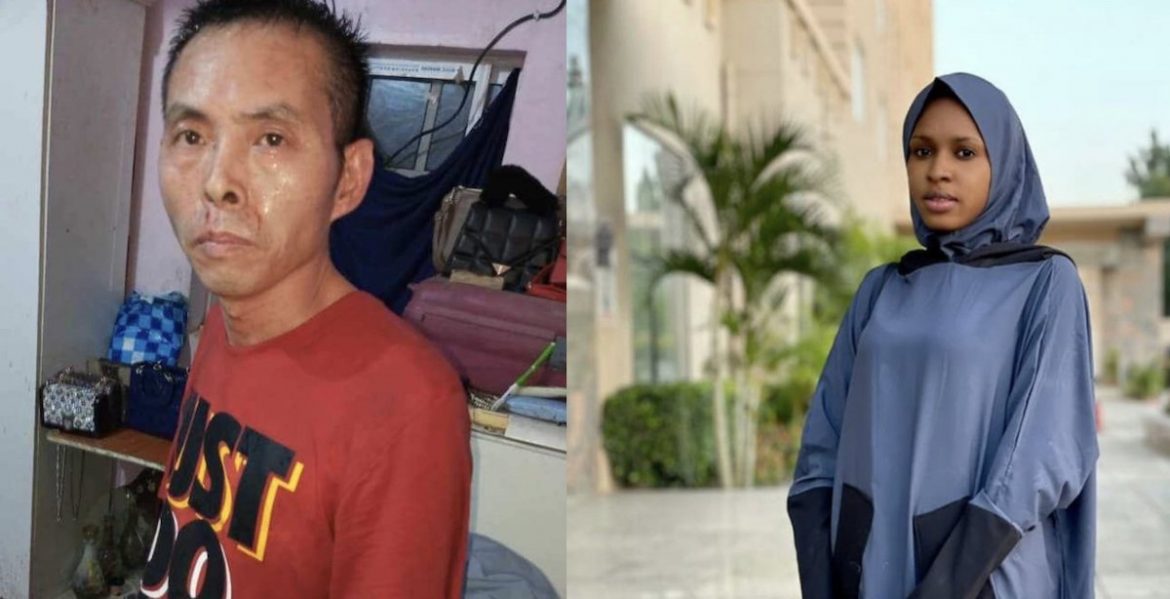 According to Vanguard, The police in Kano confirmed the incident through its spokesman SP Abdullahi Haruna Kiyawa, who explained that the suspect, Geng, 47, committed the crime on Friday after scaling the fence of the deceased residence to gain access where he stabbed her severally until she gave up the spirit.

Geng alleged that he was deceived by Ummu who was his girlfriend and promised to marry him but betrayed him even after he had spent so much money on her.

The suspect further stated that he was angered by her deception and decided to attack and kill the deceases at her residence.

The police spokesman further stated that the mother of the deceased raised alarm during the act and the police was immediately alerted of the development where the Commissioner of Police, Abubakar Lawan, directed the DPO, Dorayi Babba, to take charge of the situation.

Deng has since been transferred to the state headquarters at Bompai for further investigation and prosecution.

Meanwhile, late Ummu has been buried Saturday morning in Kano as the family members and friends mourn her sudden departure.

Femi Adebayo, Bukunmi Oluwasina, others, congratulate Aolat Ayonimofe as she ties the knot with lover