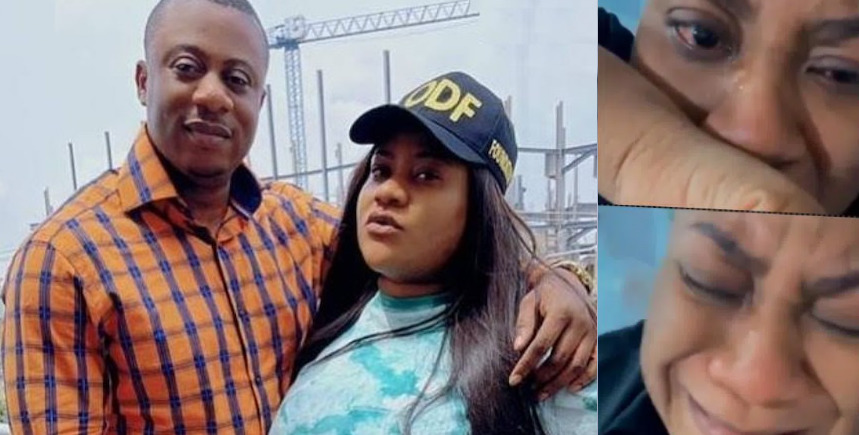 Nkechi Blessing burst into tears as controversial actor Uche Maduagwu reveals that her ex-boyfriend, Opeyemi Falegan hired him to lie about her to tarnish her reputation.

Uche Maduagwu reveals the claim that Nkechi Blessing wore a pant for three days is false.

Uche Maduagwu stated this during a live Instagram session with Daddy Freeze and the actress.

Uche Maduagwu began the conversation by apologizing to the actress for being the person who shared both videos about lies made up to smear her reputation.

The claim that Nkechi Blessing wore a pant for three days is false, and so also with the claim that the actress did drugs, according to Uche.

Opeyemi Falegan opened up to the actor that the whole defamatory claims against the actress were simply false which was in the heat of their breakup.

Actress May Edochie and daughter hit the streets on her birthday