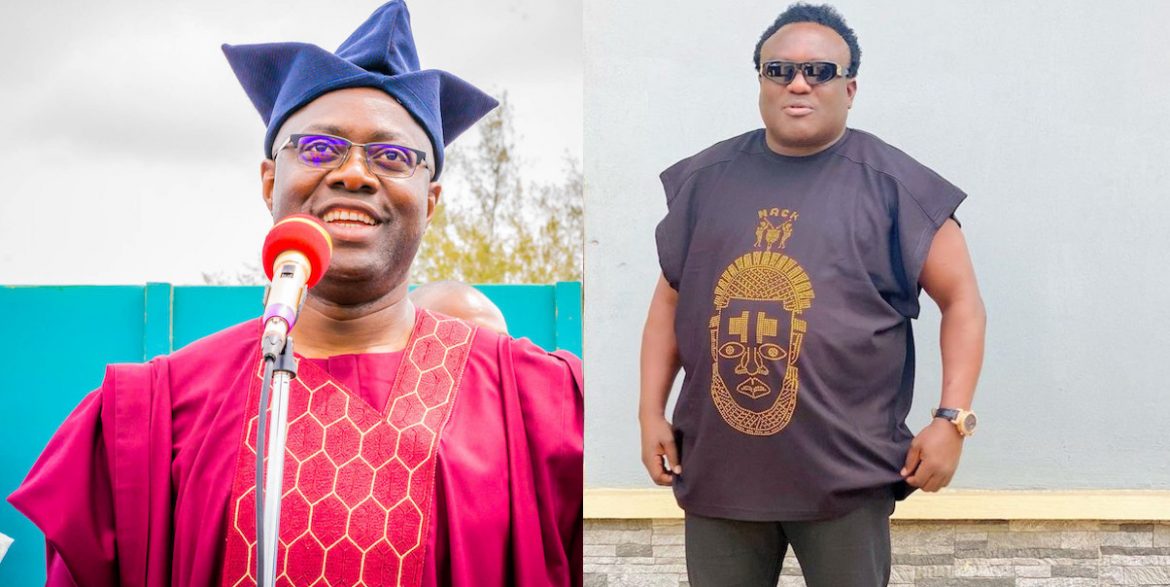 Fuji musician, Saheed Osupa has publicly prostrated and apologized to Oyo state governor, Engr Seyi Makinde for his offensive music directed at the Governor in time past.

Osupa who seized the occasion of the the final funeral of Late Aseyin of Iseyin, Oba (DR) Abdul-Ganiy Adekunle Salau (Olooguebi Ajinese 1) held at Iseyin Grammar School on Saturday afternoon breached the governor’s security protocol to have access to him.

Makinde, who was accompanied by his deputy Bayo Lawal, a former deputy governor and deputy national chairman of the Peoples Democratic Party (PDP), an ambassador named Taofeek Arapaja, and an attorney named Ahmed Raji (SAN).

Otunba Segun Ogunwuyi, the chief of staff, and Hon. Abiodun Oni, the commissioner for the environment and natural resources, are some of the others.

Osupa apologized to the Governor for his previous recordings in which he had called him foul names and betrayed him. The single he released in 2020 on which he nicknamed the Governor “Demakin”—someone who doesn’t honor agreements—was the most notable.

Makinde said, “No problem,” and then whispered something in Osupa’s right ear.
Following that, Osupa music filled the air with statements such as “Makinde has performed wonderfully well,” “Atiku is the next president,” and “Oyo residents will vote massively for Makinde and I have endorsed him.”