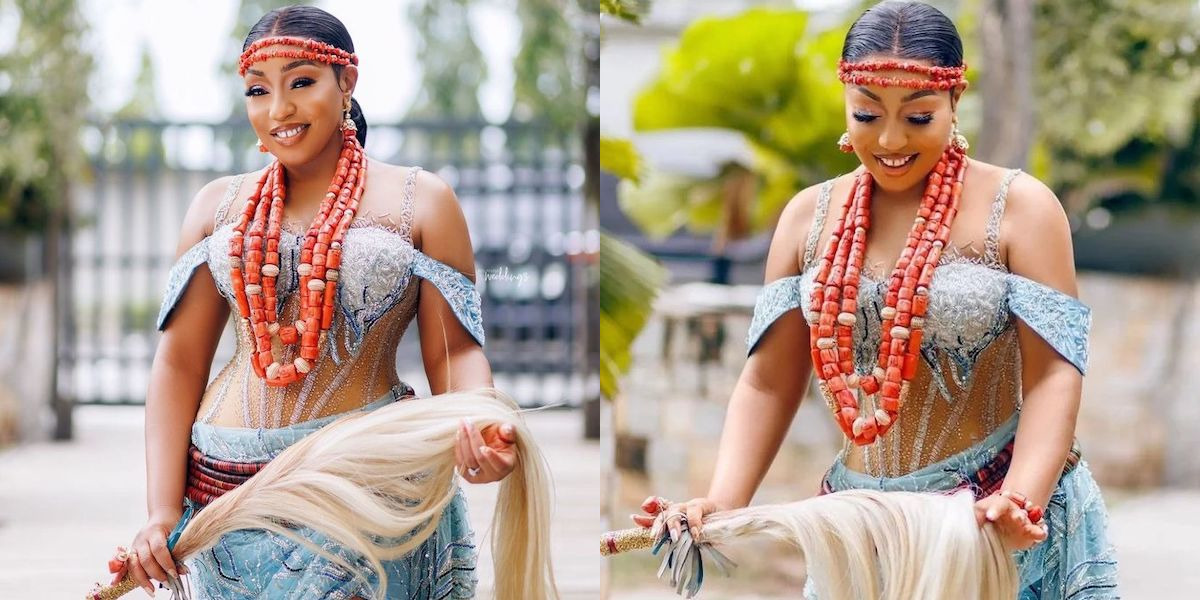 Nigerian actress Rita Dominic had debunked the reports of her welcoming a set of twins.

Timeofgist reported earlier that fans and well-wishers flooded the online community with congratulatory messages for Nollywood actress, Rita Dominic, amid rumours of welcoming a set of twins in the UK with hubby, Fidelis Anosike.

Reacting to this, the movie star made this known via her Twitter page on Wednesday, September 21, 2022.

She shared a gif with the caption ‘Fake News.’