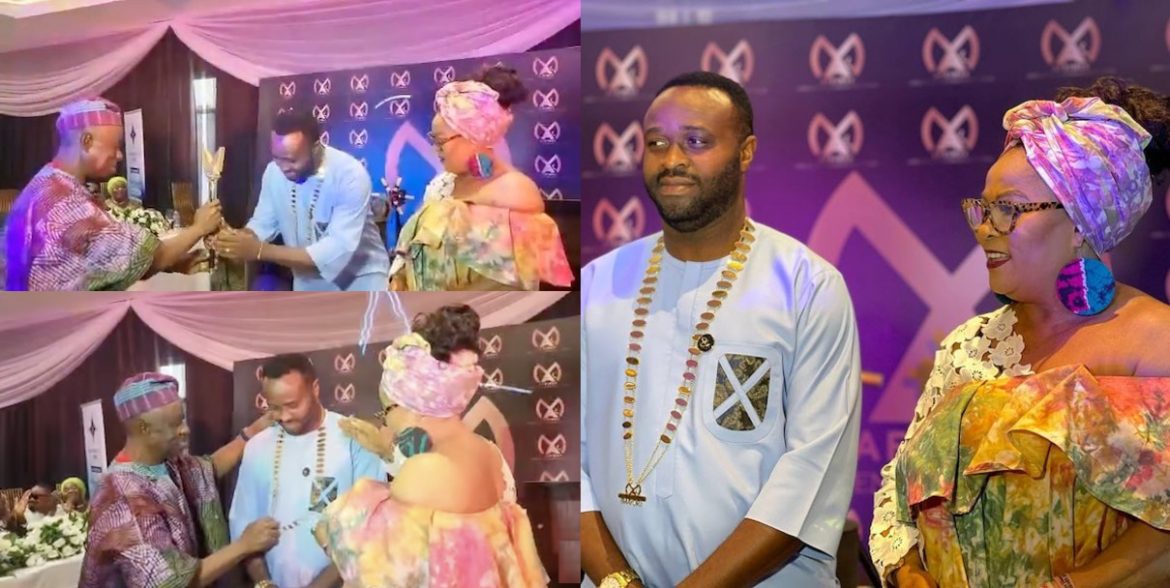 Femi Adebayo was elected a few months ago and was crowned during their Inauguration program by veteran actor Tunde Kilani and Sola Sobowale on Tuesday at Radisson blu Ikeja, Lagos State.

OFFICIALLY INAUGURATED! ..and I was decorated as the MAYOR of AFRIMEK and received the staff of office! By @tkelani @solasobowale

See photos and the video below: