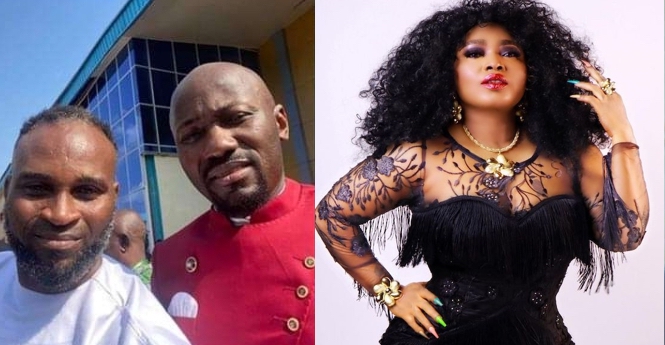 Pastor Kassy who has once declared on Facebook that Apostle Suleiman is his father, posted a message on his timetable, saying; ‘She never see anything for the lies, she will end in death, the note was allegedly directed at Halima Abubakar, who wasted no time in firing back at him.

Reacting, Halima Abubakar, slammed the clergyman telling him that he lacks the moral right to talk her. She further declared that whatever evil he is doing will backfire on him.