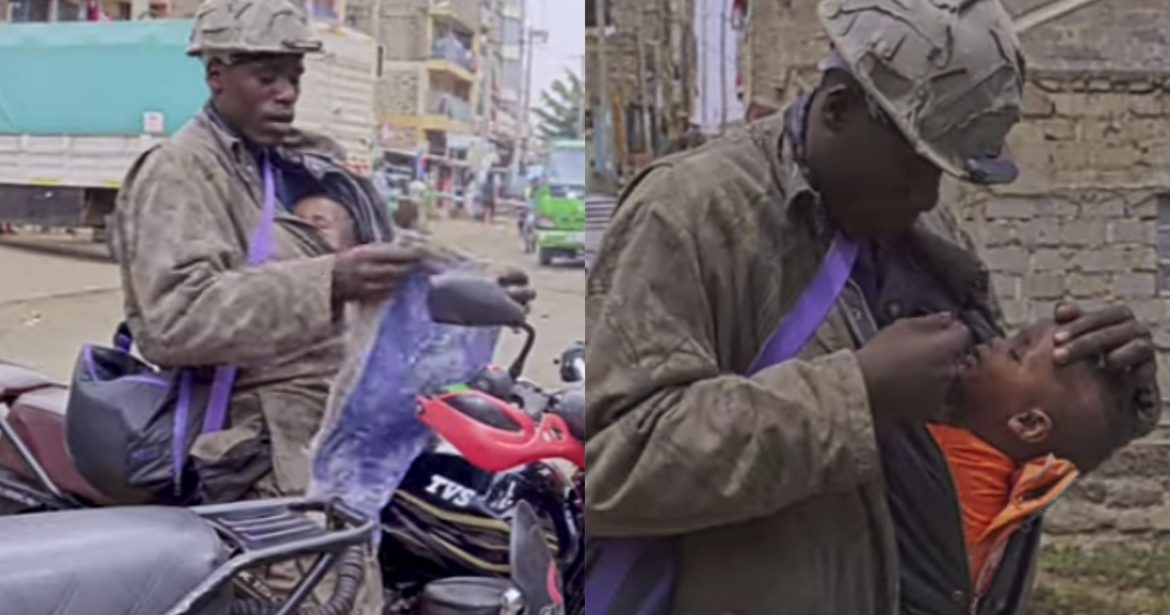 A young man, Joram Kimani has cried out to Netizens to come to his aid as his son’s life is in danger.

He explained that the mother of their child who is barely two years old abandoned them without any reason and now he has to carry his child in his coat while going about his commercial motorcycle business.

He was formerly a cab conductor and also a pig farmer. It was from these that he raised money for his motorcycle business.

He also added that he is willing to take the mother of his child back if she decides to return because he really needs help taking care of him while he runs his business.

He pleaded for assistance from the general public because his current place of abode is not safe and unhealthy for his little son.