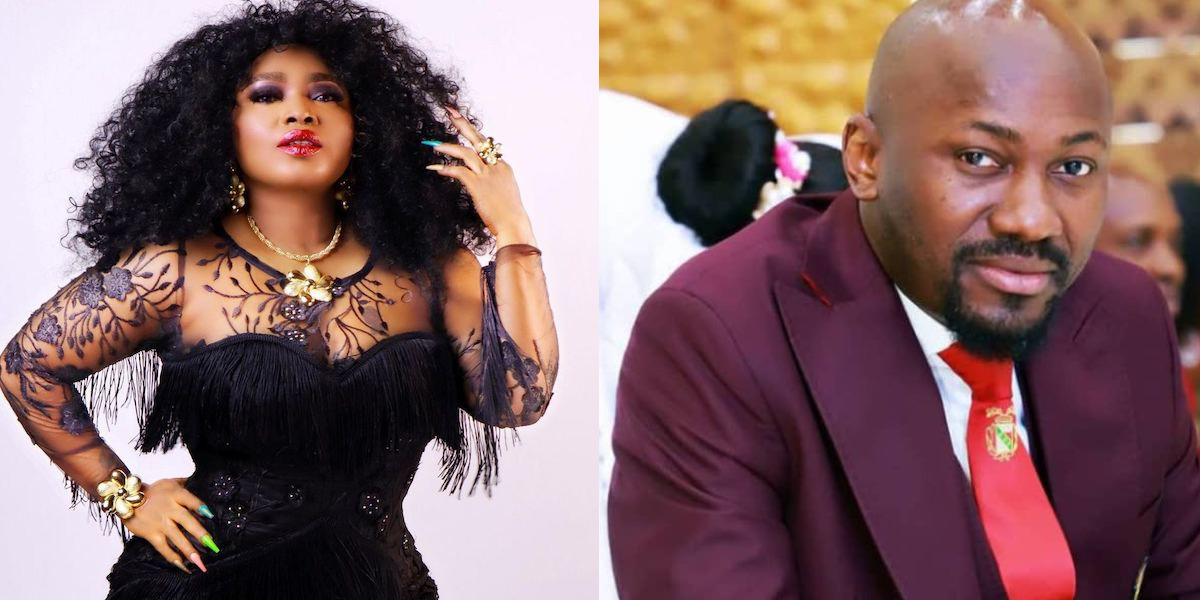 The lead pastor of Omega Fire Ministries, Apostle Suleman Johnson, has finally responded to the drama revolving around his name and ministry on social media.

Halima Abubakar’s social media post led to another drama between the Nollywood celebrities whose names made it to the alleged list of celebrities who had relationships with Apostle Suleiman. Many took to their respective social media pages to debunk the reports with different claims and some with curses.

Apostle Suleman has now responded to the drama by filing a lawsuit against Halima Abubakar for defamation of his character.

The suit titled “DEFAMATORY STATEMENTS CONCERNING APOSTLE JOHNSON SULEMAN: NOTICE TO CEASE AND DESIST” was specifically addressed to Halima Abubakar over her recent outburst on social media regarding her past affairs with the man of God.

The suit accused Halima Abubakar of publishing damaging, malicious and defamatory statements about Apostle Suleman against his conduct. The ailing actress was also asked to make a retracting statement in some selected National Newspapers.

Apostle Suleman’s response to the accusations has led to drama on social media as many dragged him online for trying to defend the allegations levelled against him.

Read the full statement below: 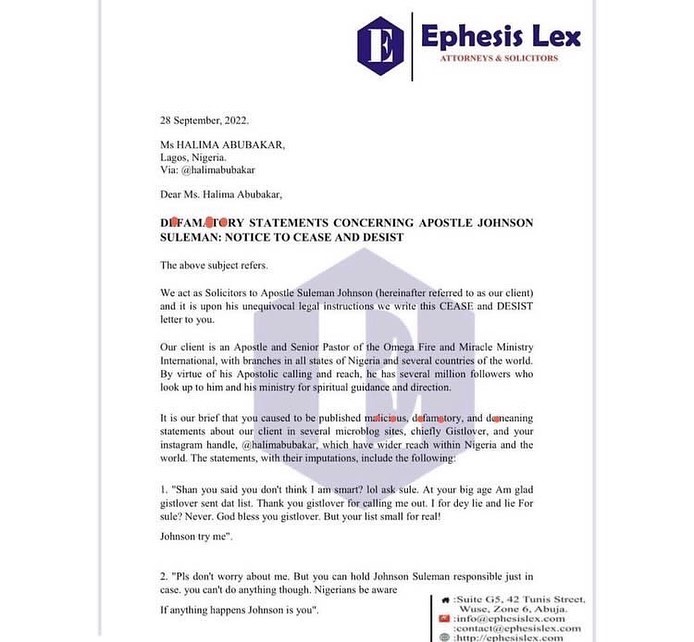 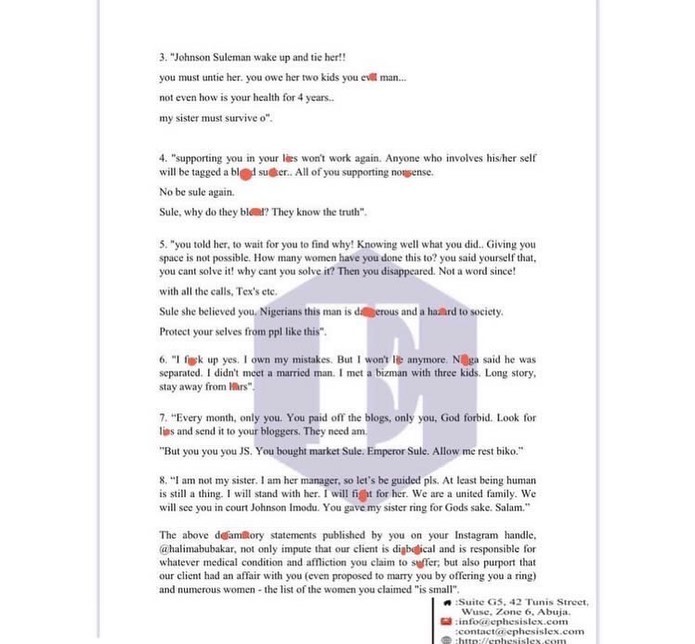 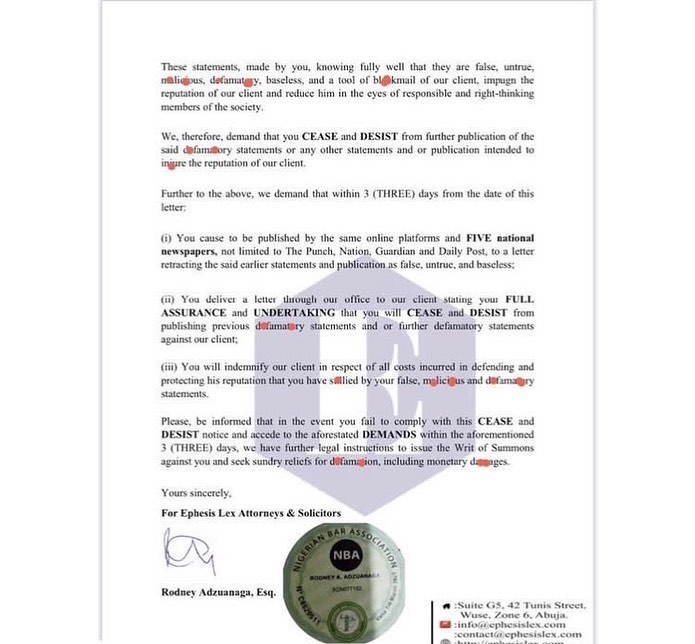 TagsApostle Suleman Halima Abubakar
“The young shall grow”- Reactions as Esther Kale shares throwback photo of herself and daughter
Happy birthday to Iyale Mi, but don’t come back to Daddy Wa o – Mide Martins issues warning to Mummy Wa as she clock a new age
We use cookies on our website to give you the most relevant experience by remembering your preferences and repeat visits. By clicking “Accept”, you consent to the use of ALL the cookies.
Cookie settingsACCEPT
Privacy & Cookies Policy