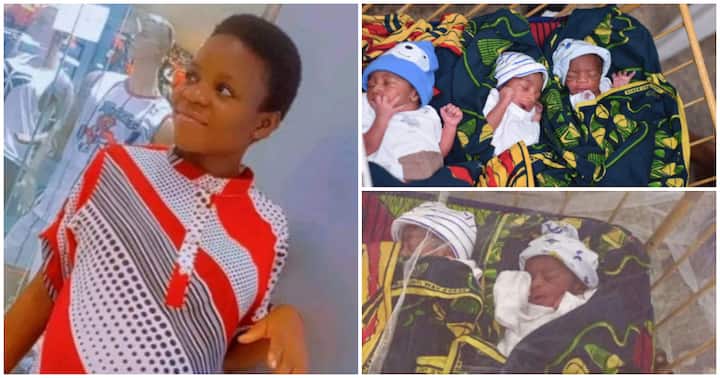 According to the Satellite reports, The lady who hails from Abriba in Ohafia LGA of Abia welcomed three girls and two boys successfully on Monday around 9:02 pm.

Her delivery which was done at the Federal Medical Center Umuahia, Abia state became the first to be recorded at the medical centre.

One Prince Krux had on Tuesday celebrated the new mum’s delivery on Facebook, describing her as his wife. “I don’t know him. I am not married,” the lady still at the medical center told Legit.ng.