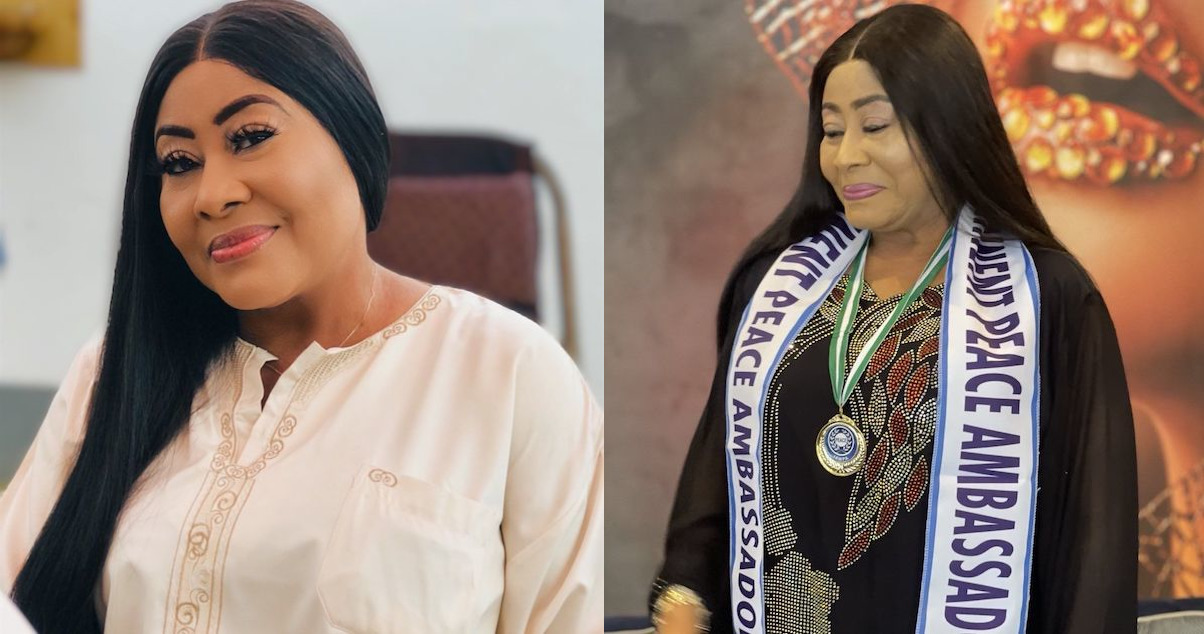 Veteran actress Ngozi Ezeonu has been conferred with an international title.

The actress took to her Instagram page moments ago to announce the good news.

The veteran revealed that she has been appointed as an ambassador for international peace.

For her, this is another feather added to her cap.

“International peace ambassador. Another feather to my cap. Thank you Lord. Now I am Amb. Chief Ngozi Ezeonu”.

TagsNgozi Ezeonu
Mercy Aigbe’s sister burns down mum’s house, accuses her of being a witch transferring her glory to Mercy(VIDEO)
Reactions as Funke Akindele submits WASSC as her highest educational qualification ahead of Lagos governorship election
We use cookies on our website to give you the most relevant experience by remembering your preferences and repeat visits. By clicking “Accept”, you consent to the use of ALL the cookies.
Cookie settingsACCEPT
Privacy & Cookies Policy