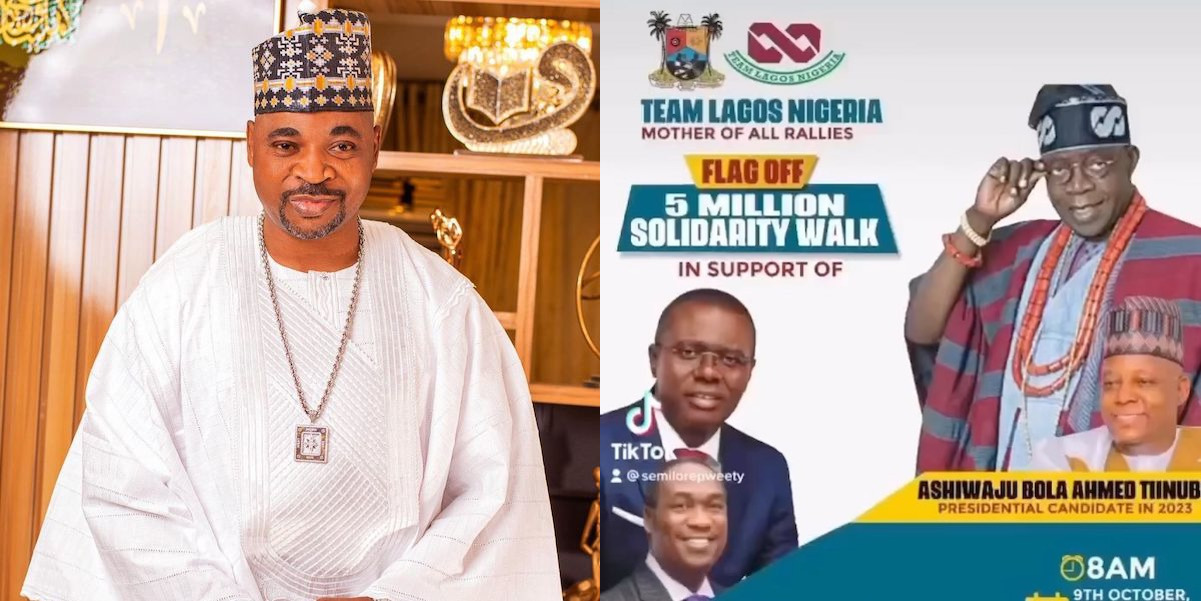 The solidarity walk was initially scheduled to hold on Sunday, October 9, 2022.

MC Oluomo announced this in a statement on Wednesday evening.

The rally was initially scheduled to kick off from Teslim Balogun Stadium, Surulere Local Goverment Area of the state.

This is to inform the general public that the Tinubu-Shettima and Gov, SanwoOlu-Hamzat solidarity walk scheduled for Sunday 9th October, 2022 at Teslim Balogun Stadium has been postponed until further notice.

The postponement was due to the APC campaign flag-up that is coming up on Monday 10th October, 2022.

The new date will be communicated once agreed. We regret any inconveniences.

TagsMc Oluomo Tinubu
22-year-old Yahoo boy transforms to pastor, says he wants to win souls for Christ
“I miss your killer figure so much” – Vera Sidika’s husband tells her after removing her bum implants
We use cookies on our website to give you the most relevant experience by remembering your preferences and repeat visits. By clicking “Accept”, you consent to the use of ALL the cookies.
Cookie settingsACCEPT
Privacy & Cookies Policy