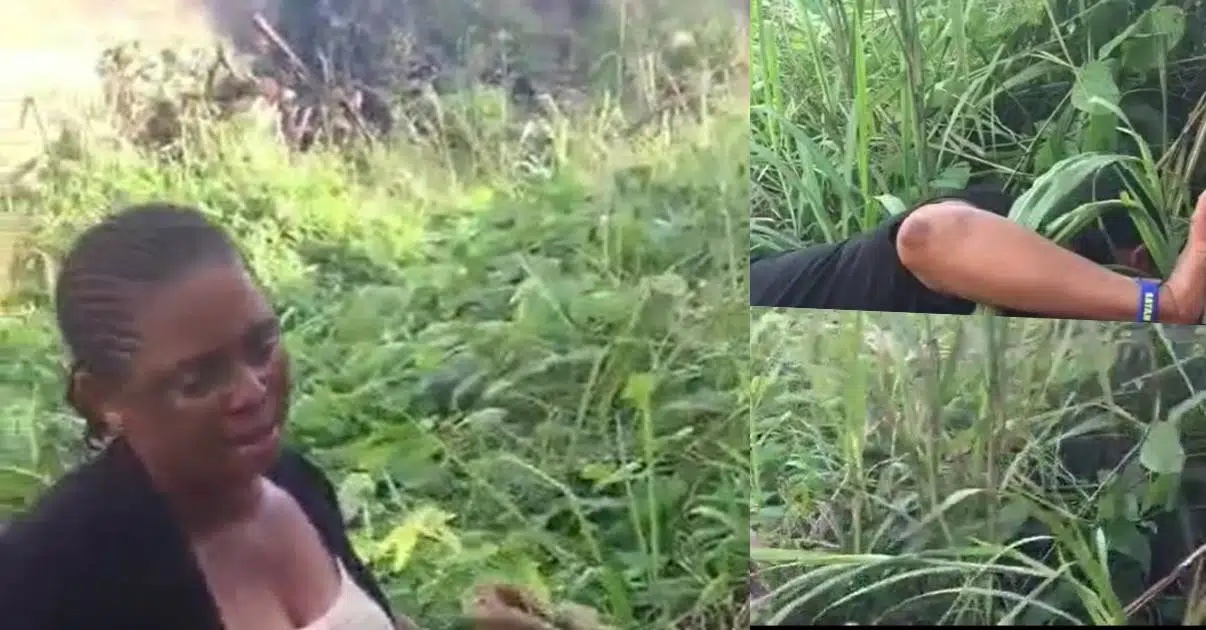 A woman has been arrested after she beat her maid to death and then dumped the body in a bush in Anambra state.

The National Agency for the Prohibition of Trafficking in Persons (NAPTIP) got the woman arrested. In the viral video, the woman is seen locating the body, where she dumped it in the bush.
woman
The unfortunate incident happened in Anambra state. According to a statement made by the woman, she beat her maid until she started to convulse.

Telling her side in Igbo language, she said:

“I beat her and she started convulsing so I took her to Kings (hospital). Getting there, she died, so I threw her body here.”

See the video below;

“I miss your killer figure so much” – Vera Sidika’s husband tells her after removing her bum implants
“God bless you my darling Arike”- Mercy Aigbe’s husband, Kazim Adeoti celebrates first wife’s 48th birthday
We use cookies on our website to give you the most relevant experience by remembering your preferences and repeat visits. By clicking “Accept”, you consent to the use of ALL the cookies.
Cookie settingsACCEPT
Privacy & Cookies Policy