“Bring Ifeanyi to my church, he’ll come back to life” – Prophet tells Davido 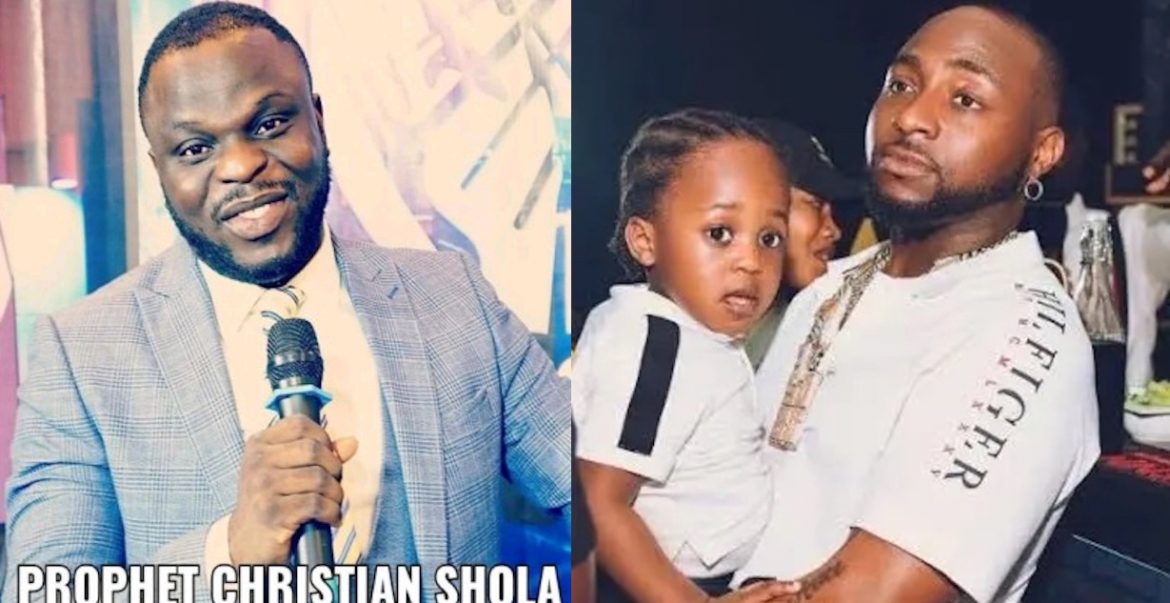 A Nigerian clergyman, identified as Christian Shola, has declared that Ifeanyi, the late son of singer Davido, is a destiny child and would be brought back to life if brought to his church.

In a public message to the grieving parents, the prophet asked that Ifeanyi not be buried yet but that his body should be taken to his church, “solution ground,” within 21 hours from when he passed the message.

“I am Prophet Christian Shola, please don’t bury that boy yet, he is a destiny child. take Ifeanyi Adeleke to Solution Ground on or before 21hrs after this message and see what will happen, God of of solution can never fail (2king5v10). Olórun Christian Shola Agbayé”, he wrote on Twitter.

The prophet’s message has, however, elicited varying reactions from Nigerians on social media. While the majority accused him of chasing clout, others urged the singer to take his advice and believe in God for a miracle. 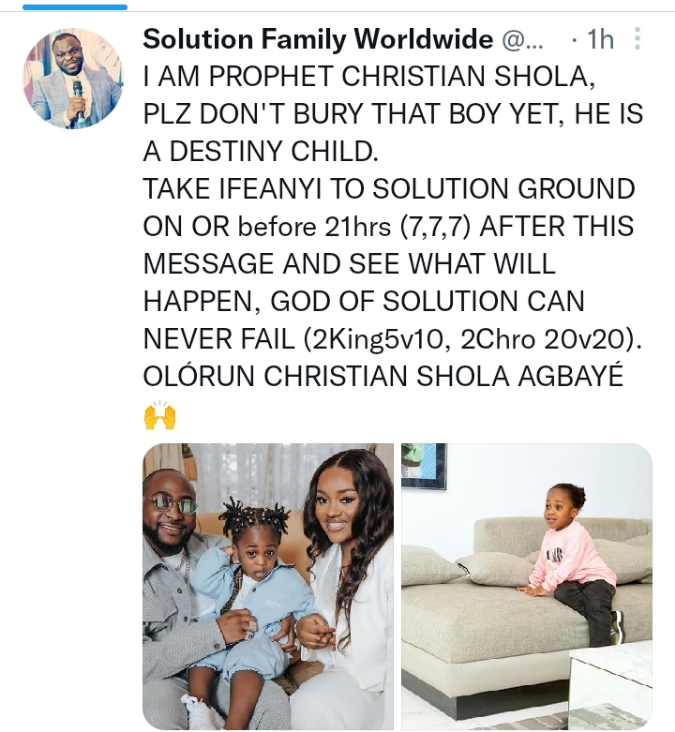