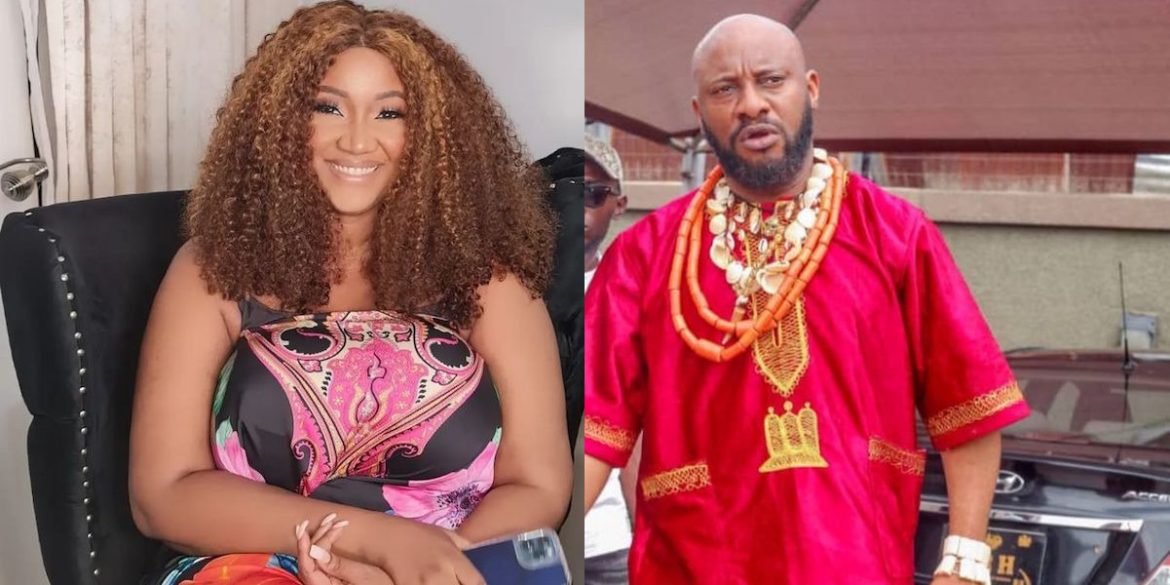 Judy Austin took to her Instagram page to wish her followers a happy new month while heaping positive declarations on herself and her family.

The post however caught the attention of her husband who took to the comment section to shower eulogies and sweet words on his wife.

“@yuledochie His Excellency, Eze Dike 1 of Nteje!!! the best man in the world.” 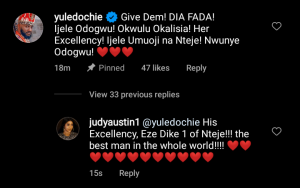