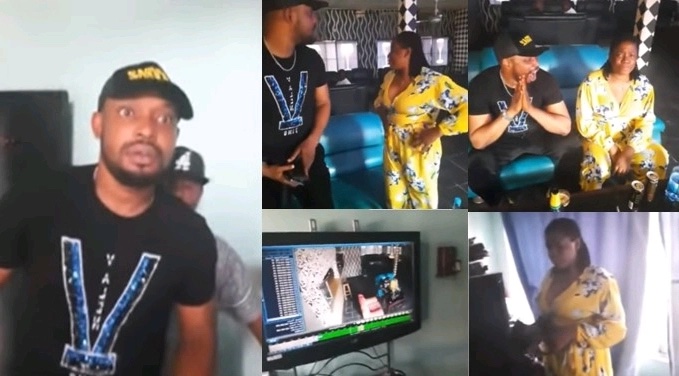 A Nigerian man has allegedly been saved from being poisoned by a female friend at a hotel.

In a clip making the rounds online, the hotel manager was captured accusing the lady of poisoning the man’s cup of drink, but he doubted that she would ever do such.

He brought her to the hotel bar so she could unwind and have a drink, but after they had been there for a while, the hotel manager came up to them and leveled some serious accusations.

The manager accused the woman of poisoning the man’s drink, but the man didn’t believe she would ever do such a thing.

After several arguments, the lady was asked to take the cup and drink the liquid substance, but she refused.

They eventually took the matter to the manager’s office where CCTV footage was replayed and they saw what she did.

Judy Austin reacts to rumor that she’s expecting another child