Judy Austin reacts to rumor that she’s expecting another child 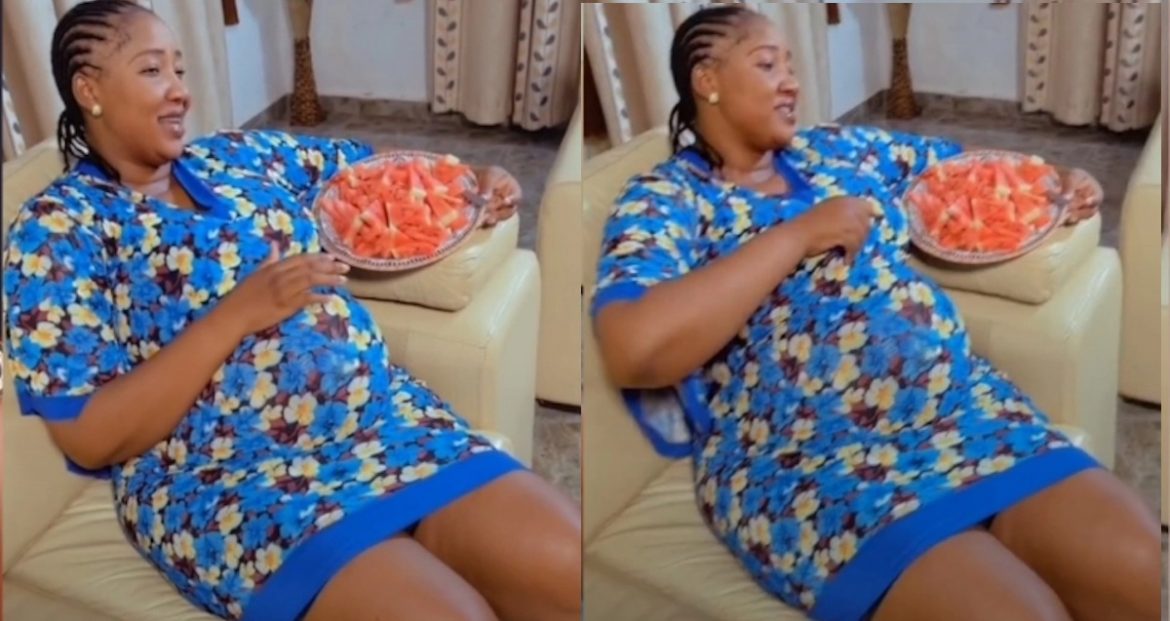 Nigerian actress and the second wife of actor Yul Edochie, Judy Austin reacted after one of her followers stated she thought she is expecting another child.

Judy Austin had taken to her Instagram page where she shared a video of herself on a movie set playing the role of a pregnant woman.
Captioning the video, she wrote:

“Day 1 on the production of a long walk. The best comic story for Xmas period!!!” Reacting, one of her followers identified as @vey.mall who didn’t notice Judy’s caption at first wrote:

“Hemm, I couldn’t tell it was a calabage on your stomach, I though it was pregnancy. Cinematography is really fooling novices like us.”

Judy who stumbled upon the comment replied accordingly, she wrote: