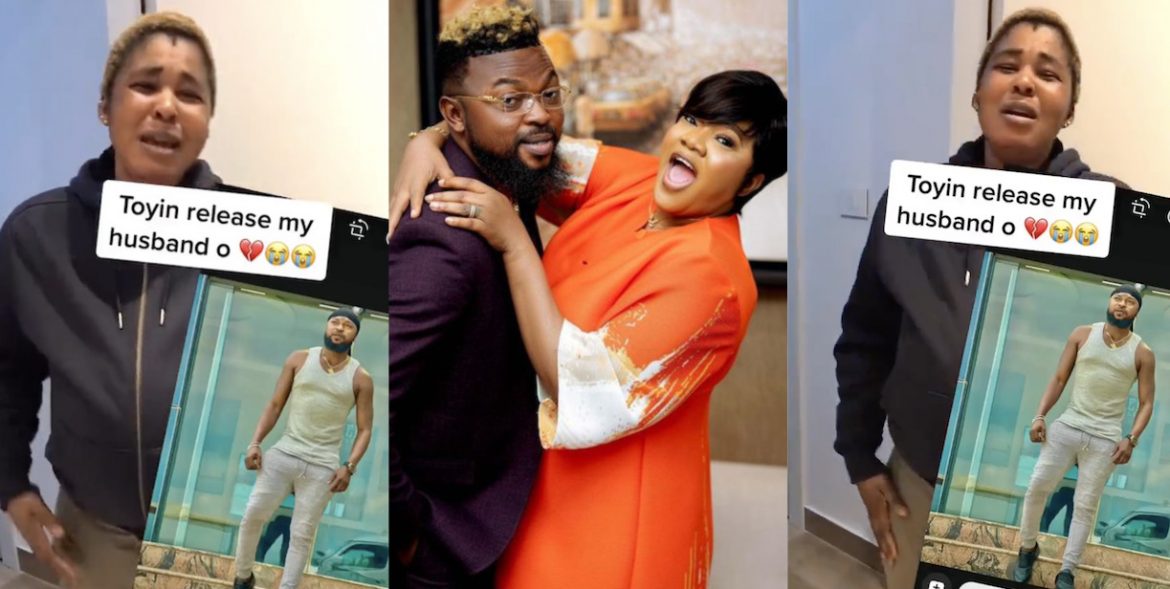 A pregnant woman has called out actress Toyin Abraham for allegedly snatching her husband.

The Nigerian woman took to social media to accuse Toyin Abraham of stealing Kolawole Ajeyemi from her.

In the video, the pregnant woman begs Nigerians to help her while pleading with Toyin Abraham to release her husband, Kolawole Ajeyemi, who has been in a relationship with her for the past four years.

The lady stated in the video that she has been pregnant for four years and that her child has refused to come out because her famous husband, Kolawole Ajeyemi, is now married to Toyin Abraham.

Also, the pregnant lady stated that she has been through a lot of pain and that she does not want to die right now, pleading with Nigerians to tell Toyin Abraham to leave Kolawole Ajeyemi alone so that she can give birth easily.