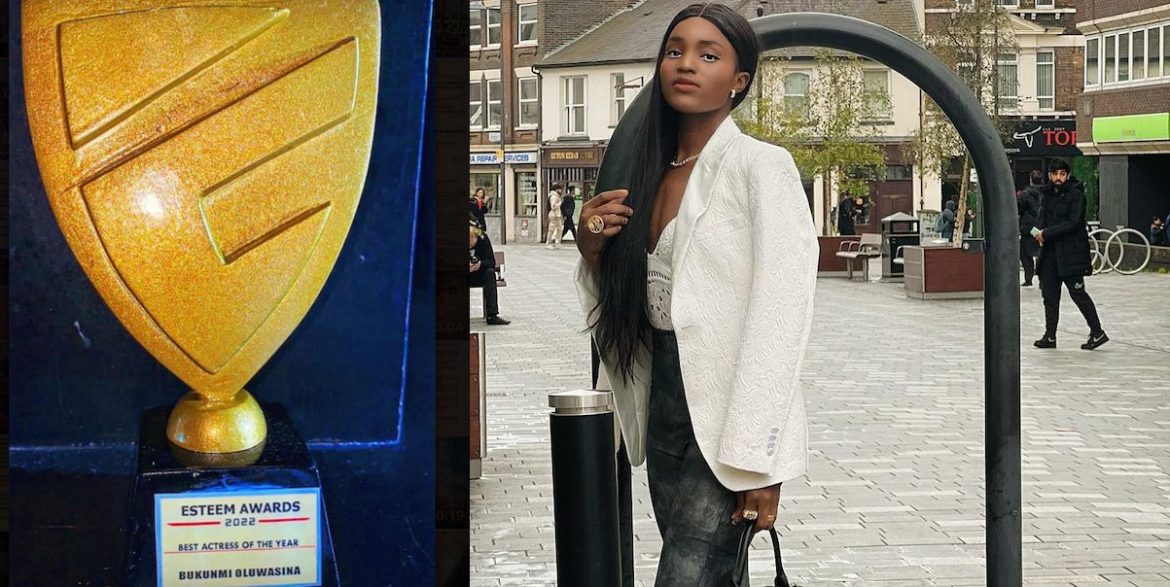 Fans and friends of Nigerian actress Bukunmi Oluwasina congratulated her as she bagged the ‘Best Actress of the year 2022’ award.

Bukunmi Oluwasina took to social media to announce the good news, she wrote:

Thank you to everyone who voted for this. Thank you @esteemawards And I promise to keep making y’all proud.
We brought it home guys. BEST ACTRESS OF THE YEAR 2022. On God.

Bukunmi Oluwasina while announcing her recent achievement, addressed her fans who are asking about her next project.

She disclosed that the next project storyline is too heavy and complicated, and she’s taking her time tomgive out the best.

PS: I know y’all be asking me personally, and some sending DM, To know when i’m dropping another movie after Jankariwo.
The issue is not even only because my next project is Way bigger and probably would be more stressful than Jankariwo, The real truth is, The storyline is too heavy and complicated. E big pass even me. So it requires a lot of things. Especially TIME. And, That’s why i’m trying to take my time to get things right, Believing One good movie in two years, Is better than different random movies in one year. I only hope the world is ready fa. Cos ofcause, I’m going to leave y’all’s mouth widely opened … like 😮.