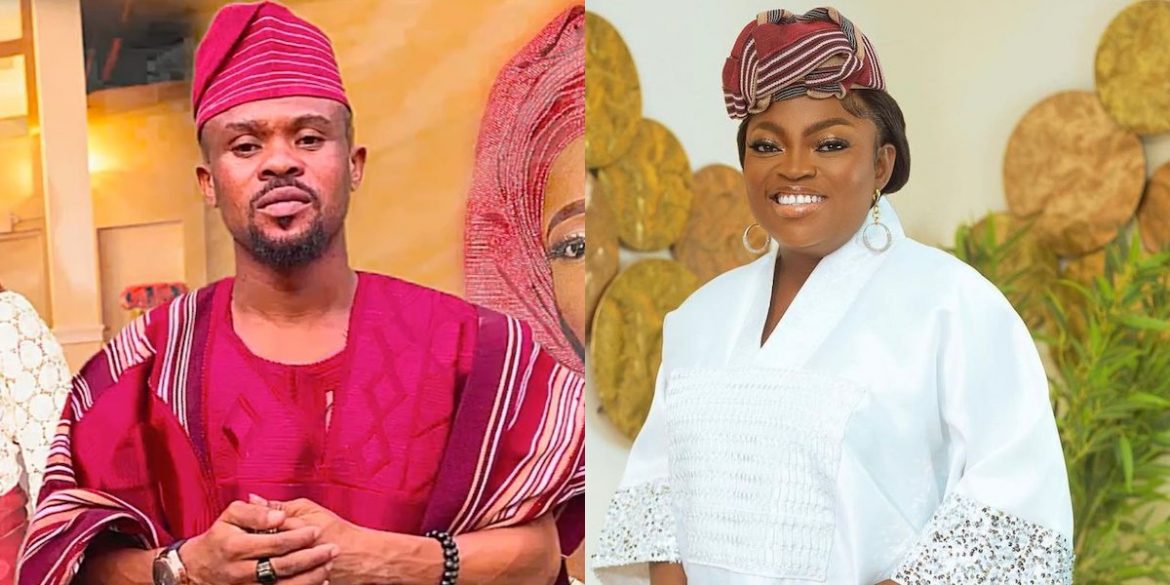 Nigeria actor, Ayanfe Adekunle aka Monsuru declares his support for his colleague, actress Funke Akindele who is running for the seat of the Deputy Governor of Lagos State alongside Jandor in the upcoming 2023 election.

Monsuru took to social media to emphasize that he will be an ingrate if he failed to lend his support for Funke Akindele’s political ambition considering the fact that he’s one the beneficiary of her immense generosity.

He further said that he has a strong conviction that Funke has the wherewithal to be the Lagos State Deputy Governor come 2023.

I will forever be an ingrate if I failed to lend my voice to support your political ambition considering the fact that I am a beneficiary of your immense generosity. You have shown the ability and capacity to transform Lagos, having in mind your impact in making me who I am today. You gave me the Opportunity, you took me from being a mere spectator to limelight.

I have a strong conviction that you have the wherewithal to be the Lagos State Deputy Governor come 2023. I stand with Funke. I believe in Funke. New Lagos is assured. @funkejenifaakindele 🙏🙏

Nigerian actor Ayanfe Adekunle aka Monsuru has placed a curse on any politician that calls him for the campaign after his car got spoiled due to a bad road.

In the video that surfaced online, Monsuru was seen in a bad condition after his car broke down in due to bad road.

In the video, he said:

See how bad road spoils my car, it shall not be well for any politician that calls me campaign, including their children.