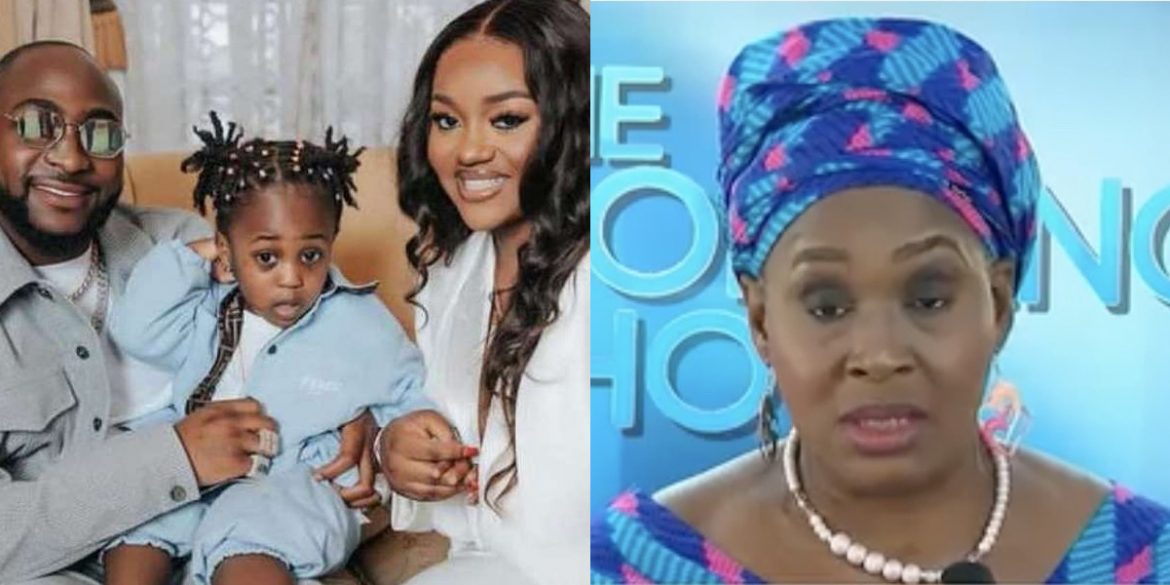 Controversial journalist, Kemi Olunloyo has reacted to the news of Davido and Chioma’s marriage.

Reports have it that Davido and Chioma secretly got married.

Nigerians congratulated the couple and are happy that there is finally good news in the Adeleke family following the death of Ifeanyi.

Gistlover, who shared the news on Instagram claims that Davido got married to Chioma to console her. He also revealed that the ceremony took place at Davido’s father’s house where Chioma’s parents accepted her bride price.

Kemi who has been ranting for days about The Adeleke’s Curse, took to Twitter to reveal the main reason why Davido married Chioma. According to her, Davido married Chioma to claim the dead body of his son. This is in accordance to the customs and Traditions of Igbo land that a child belongs to the father only if the marriage rites, Bride price have been paid.

According to this custom, Kemi Olunloyo revealed that Davido had to pay Chioma’s bride price in order to get his son’s body because if he doesn’t, Ifeanyi’s body will have to be buried by the Rowlands.

Davido wanted to claim the dead body of #IfeanyiAdeleke 👶🏽⚰️ so he can bury his son and that’s why they had a SHOTGUN WEDDING in line with Igbo culture. So the Adelekes are too big to go to Imo state to ask for her hand the second time? Oga fun desperation 😱👀#TheAdelekeCurse