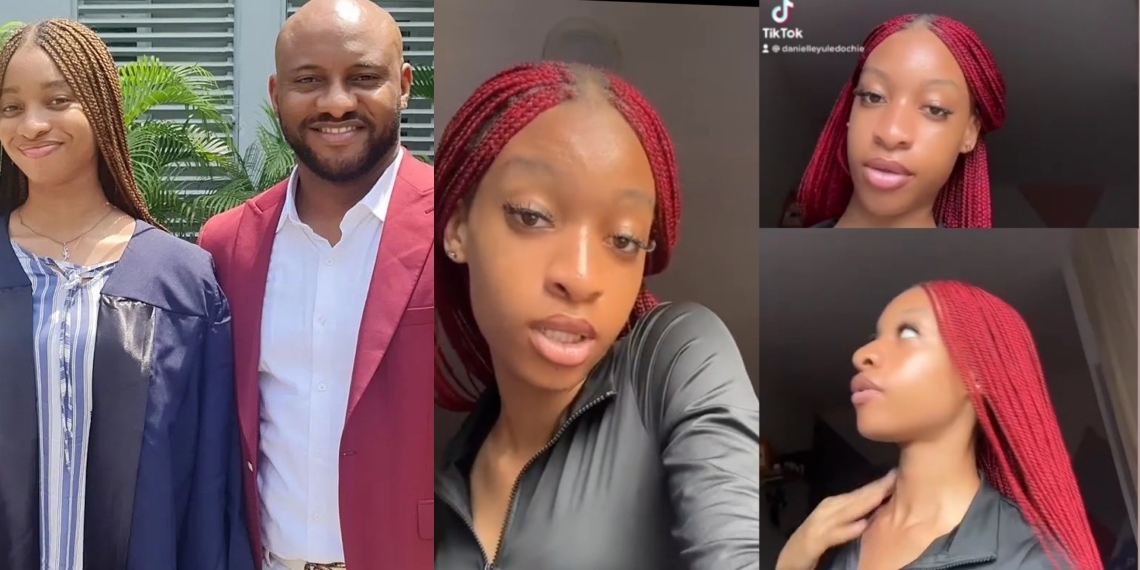 Danielle took to social media to share a short video of herself dancing and gesticulating the recent released Mavin track, ‘Won Da Mo’.

In the clip, she donned a black top and had a long red braids on her head. She also rocked a sky blue jeans beneath.

The teenager caressed herself gently as the music played.

An eagle-eyed netizen spotted a huge demarcation on her head as a result of the style and didn’t hold back what seems like a harsh comment.

The IG user identified as jujuu_girl wrote: “Be like say na Moses part her hair because🙄”

Watch the video and reactions below: 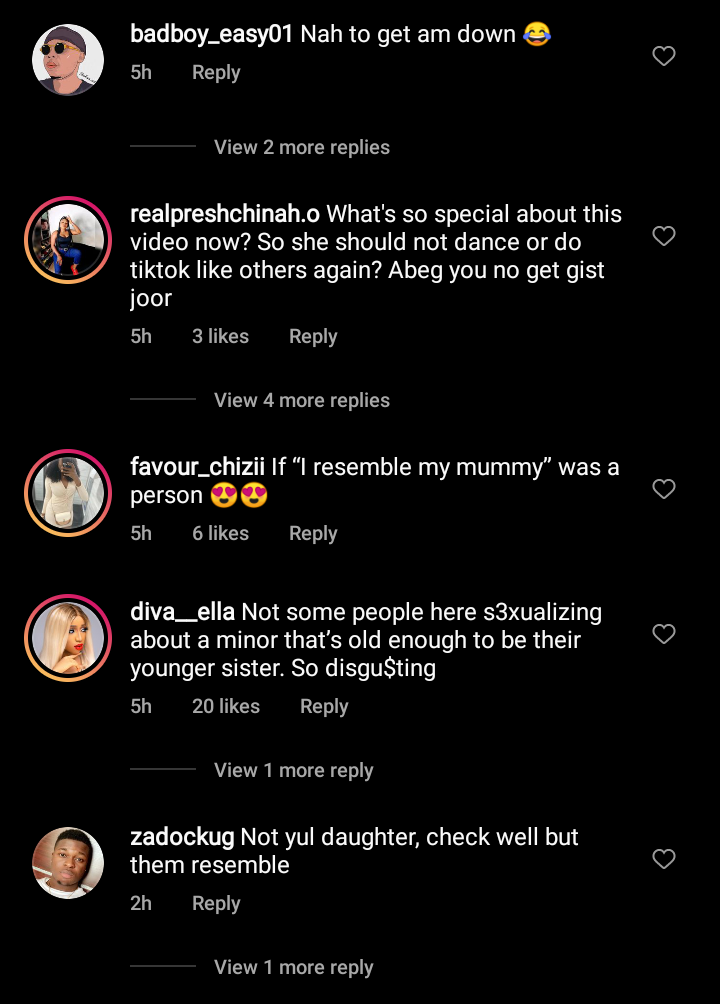 “Together we will celebrate 100yrs” – Prankster, Trinity Guy celebrates birthday with his Triplet brother and sister

“HBD to you guys “- A-list celebrities celebrate prankster, Trinity Guy and his Triplet brother and sister