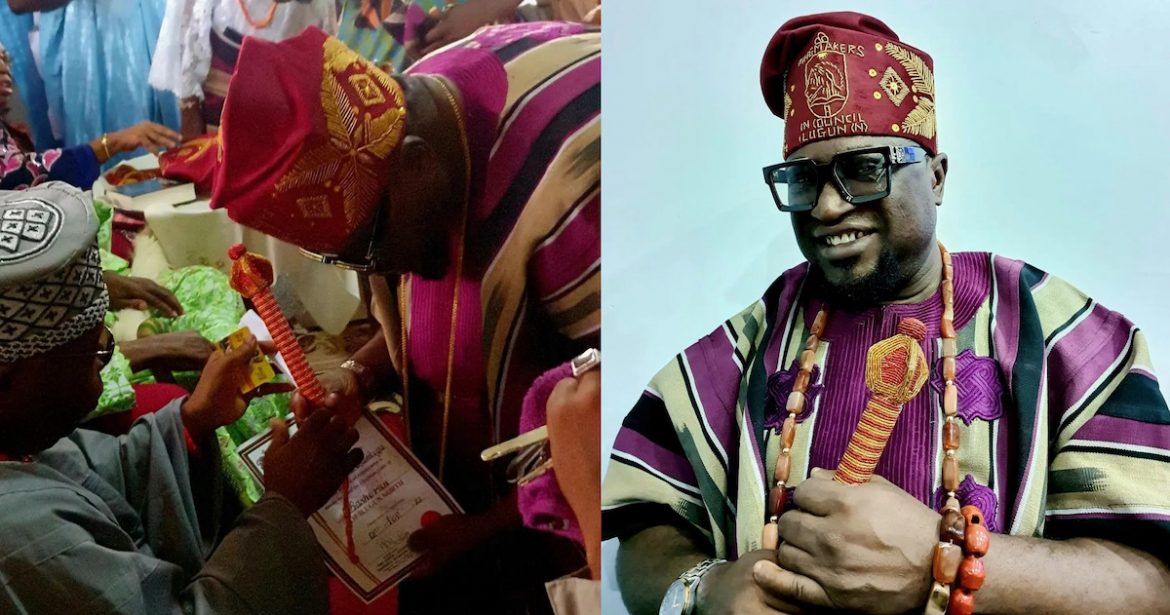 Fans and colleagues of Nigerian actor Femi Branch congratulated him as he becomes a member of the Kingmakers council of Ilugun, North Kingdom, Ijebu.

In 2017, i was offered rh title of Basorun of Ilugun North Kingdom by HRM Oba Engr. J.B. Otukoya jp, the Oligun of Ilugun North. 5 years later i was officially installed but the blessing had now doubled, as Basorun, i was autimatically entitled to belong to the Kingmakers Council; the Council saddled with the responsibility and power to select the next Oligun of Ilugun North once the King ascends to meet his ancestros (May he live long) so here was how it all went in Odosimadegun yesterday when i was officially installed alongside my fellow King.akers of Ilugun North Kingdom in Ijebu North East LGA with the proud support of my Family and party faithfuls of my party National Rescue Movement led by the State Chairman. Behold JAGUN ASA OF EDELAND + BASORUN OF ILUGUN NORTH KINGDOM + AFOBAJE OF ILUGUN NORTH KINGDOM Special thanks to my dear brother, the incoming Governor of Ogun State, Dr Tofunmi Ogunronbi DTO @dtoogungovernor2023 for all the love and support. To God alone be all the glory, honour, adoration and praise! #jagunasaofedeland #basorunofilugunnorthijebu #afobajeofilugunnorthkingdom @dto.bbbogun2023 @basorunbranch @otunbaosunkoya @yeye_graceosunkoya

Basorun in May, Kingmaker in November, an amazing year indeed, promotion comes only from God and to Him and Him alone, I am truly grateful. I celebrate everyone that made this day special, especially the members of our great party NRM who turned out in their numbers in Ijebu, the Osunkoya family and Odosenbora Rulling House, you guys really made my day. God bless you all 🙏🙏🙏