Home » SO SAD! Couple and their two children die in ghastly accident 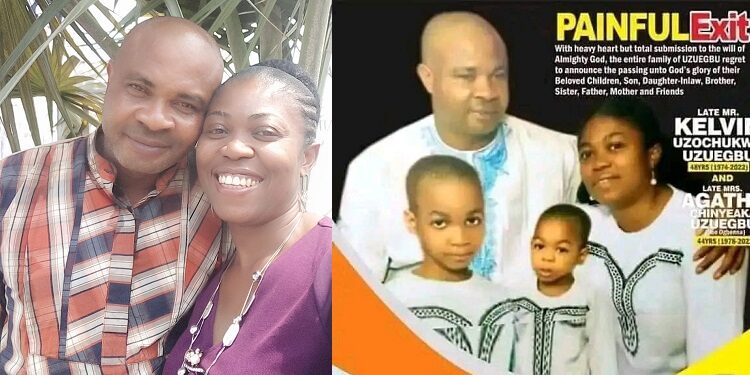 A couple, Kelvin Uzochukwu and Agatha Chinyere Uzuegbu, and their two children have lost their lives following a ghastly car accident in Umuahia, Abia State.

According to reports, the couple and their children were traveling in their family car to Port Harcourt, Rivers State, after attending a wedding in Umuahia, when the collision happened.

The Uzuegwus tried in vain to avoid hitting an unidentified woman who was dashing across the road. The woman was said to have died on the spot.

Two other members of the Uzuegwu family were seriously injured in the crash and were rushed to the Federal Medical Center (FMC), Umuahia.

The family who died in the accident, which happened at Osisioma Junction on the Enugu-Aba-Port Harcourt Expressway in August 2022, will be buried in Umuokpe Itaja Olokoro village in Umuahia, Abia State, on November 18, 2022. 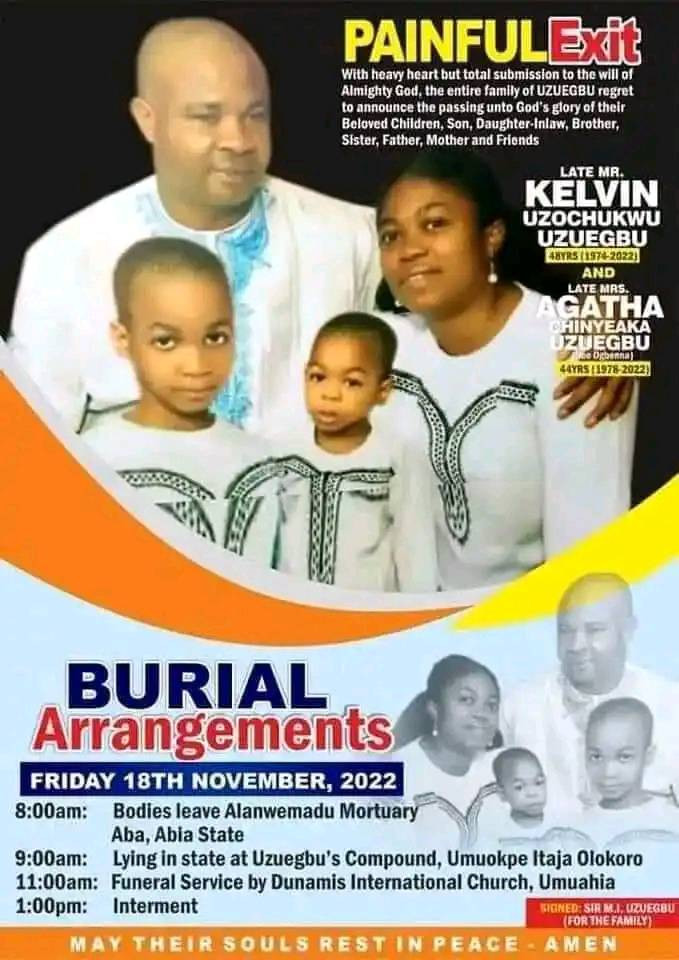 Serious Drama as Bobrisky loses his temper at Papaya Ex at an event
I’d rather stay single than date boys who drive Corolla – Lady brag
We use cookies on our website to give you the most relevant experience by remembering your preferences and repeat visits. By clicking “Accept”, you consent to the use of ALL the cookies.
Cookie settingsACCEPT
Privacy & Cookies Policy