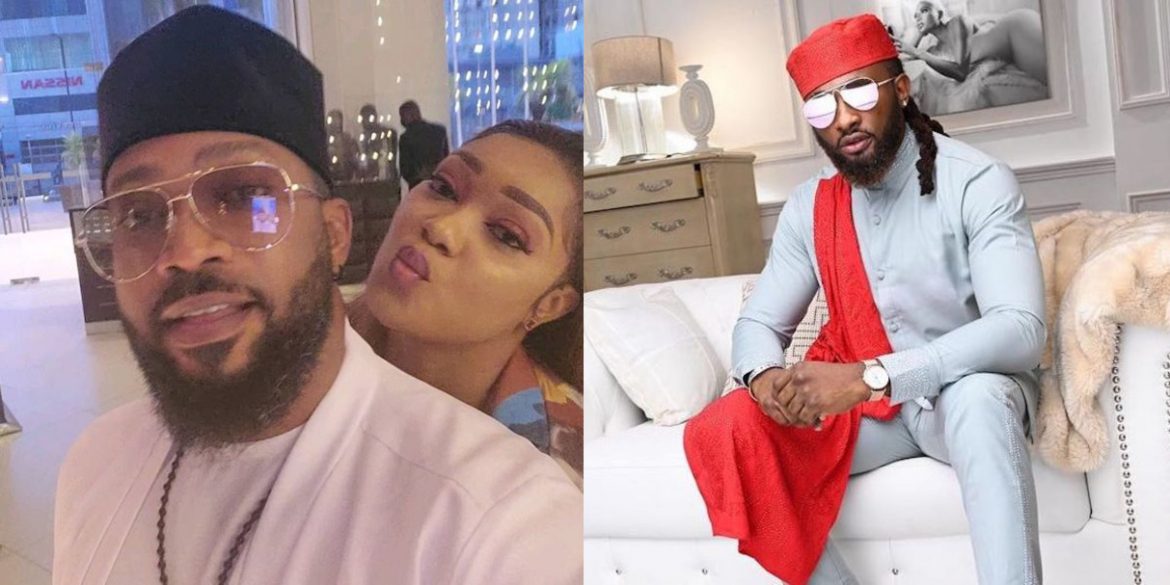 Media personality, Uti Nwachukwu has jokingly teased actress Peggy Ovire for lying about her relationship with her colleague, Frederick Leonard.

Peggy and Frederick were married in a star-studded ceremony in Delta State.

Peggy shared their loved-up photo on her Instagram page a few hours before the event, claiming that their union is a miracle.
She wrote:

This Love we have is Something Of a Miracle. It’s so easy to know that you’re the other half that I’m destined to Spend the rest of my life with, Diamonds are Forever and So is Our LOVE!

“May we always put GOD First in Our Marriage & May Our Lives be Sweeter than honey. Let’s do this Baby. I Love You

Uti Nwachukwu, who adores the couple, claimed Peggy lied to him, recalling an interview in which the Nollywood actress claimed she and Frederick were just friends.

Some social media users confirmed that they saw the interview in which Peggy denied dating her colleague, Frederick.

“I bought my first and second cars myself without a man”: Priscilla Ojo replies those tagging her success to man