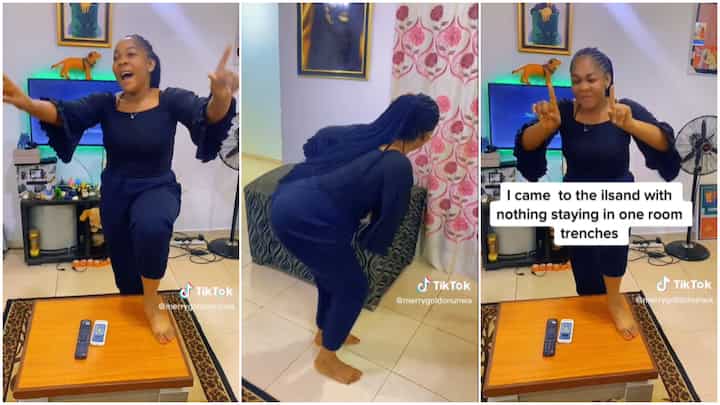 A Nigerian lady who used to stay in one room in Lagos has narrated how she hustled hard after sponsoring herself in school before she made it big in life.

According to her, at a point in her life, she had to drop her pride to work for her friend who was paying her N40,000 salary. After switching jobs, she lived off commissions.

According to her, she made it without the help of a man within four years. The lady revealed she was able to buy her mother a house and buy four properties.

Some social media users who reacted to her video asked her to explain her true source of turnaround wealth so people can know how to go about theirs. Watch the video below:

Oriyomi Hamzat locate “calculator boy”, set to sponsor his education and welfare
“I use my bath water to cook, to attract customers” — Food vendor confesses
We use cookies on our website to give you the most relevant experience by remembering your preferences and repeat visits. By clicking “Accept”, you consent to the use of ALL the cookies.
Cookie settingsACCEPT
Privacy & Cookies Policy