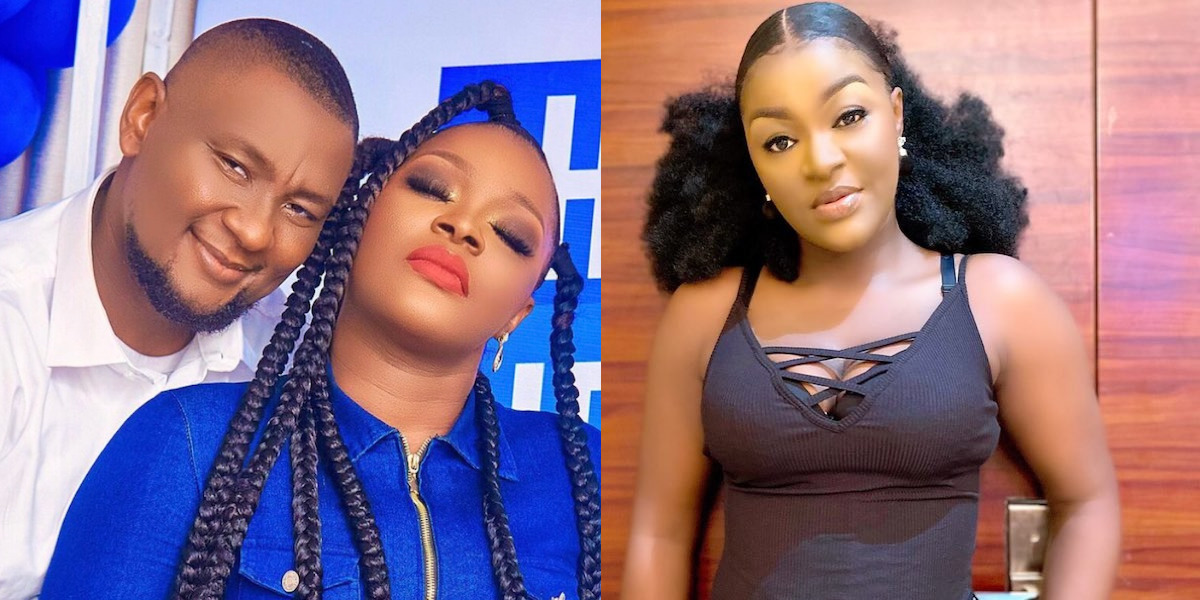 Nigerian actress Chacha Eke,appears to have reunited with Austin Faani Ikechukwu, months after she announced they have parted ways.

Recalls that, in June, Eke disclosed that she was done with her nine-year-old marriage to the movie producer.

“For the 2nd time in 2 years, I am here again on social media boldly declaring that I am done with my marriage. My long overdue/relentless stance on this is of course no news to Austin Faani, the doctors, and my parents,” she had said.

But speaking on Sunday during a testimony session at the House on the Rock Church in Asaba, Delta state, the film star hinted that they are back together again.

In a now-viral video of the session, Eke was seen repeatedly addressing Austin, who was also in attendance at the church, as “my husband”.

The actress detailed her battles with bipolar disorder and how it made her hate her husband and children — whom she referred to as “my treasured possessions”.

Eke also opened up about a time the disorder made her abscond from home because “I was convinced in my head my husband wanted to use me for ritual”.

The movie star thanked Austin for supporting her during the trying moment.

“I was supposed to visit the hospital but I did not because my husband and I who are seated here supported me,” she said.

“The expensive treasure that I had, still have is my husband and my children. But trust bipolar (disorder) to make a mess of my most treasured possessions. If you have bipolar (disorder), when you’re having an episode, your favourite thing and people become your worst enemy.

“The moment I realised that the bipolar makes me unstable in my mood and in my dealings with people, I began to make conscious efforts to be a better person.”

The actress also shared a video from the launch of her new initiative on Instagram.

In the video, she was seen with Austin and other members of her team — further strengthening insinuations that they are back together.

TagsAustin Faani ChaCha Eke
“I’m not afraid of fight” – Yetunde Bakare fires back at Habibat Jinad
“He promised to give me his unused power” – Yul Edochie says as he links up with Odumeje
We use cookies on our website to give you the most relevant experience by remembering your preferences and repeat visits. By clicking “Accept”, you consent to the use of ALL the cookies.
Cookie settingsACCEPT
Privacy & Cookies Policy