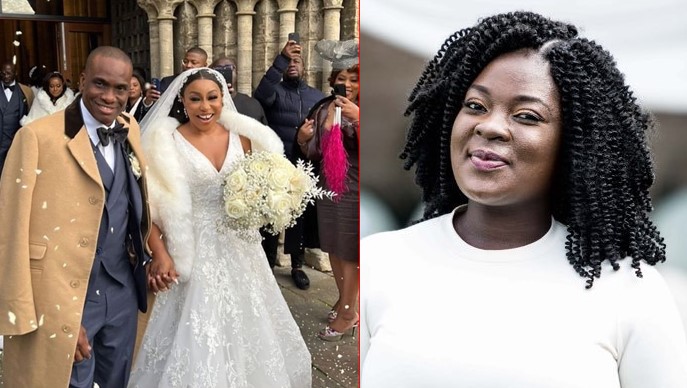 Dinah Antwiaa Twumasi, a feminist from Ghana, has expressed concern about Rita Dominic, adding her husband’s last name to hers on social media hours after the couple wed.

The magnificent white wedding of the actress and her husband Fidelis Anosike took place over the weekend in the United Kingdom.

Following the event, Dominic changed her name on her social media accounts to Rita Dominic Anosike, which made Dinah react.

On Twitter, she questioned Mrs. Fidelis Anosike’s decision to change her name and become a household name in Nollywood.

The feminist asked, in general, why it is always the woman who must give up some areas of her private life after marriage.

In a now-deleted tweet, the feminist wrote; ”Just hours after her white wedding, a household name, a global brand Rita Dominic is now called Mrs. Fidelis Anosike! Why, why must women always have to be the ones letting go after marriage?”