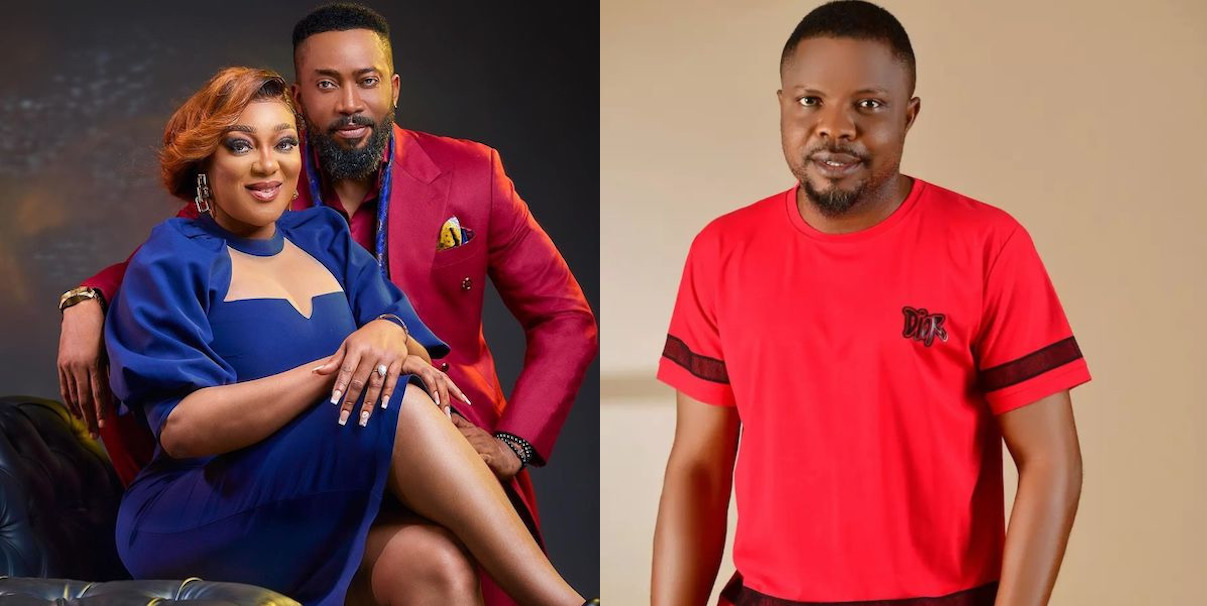 Actor, Osagie Elegbe has cautioned his colleagues, Frederick Leonard and Peggy Ovire over their public display of affection following after their marriage.

Frederick Leonard and Peggy Ovire had earlier shared a video of them being all playful as the actor rushed his wife with dose of kisses.

Reacting to this, Actor Osagie Elegbe cautioned them to stop flaunting how much they love each other on social media as evil eyes are watching to tear them apart.

He went further to tell them to ask their colleagues who had traded the same part of flaunting their marriage how it ended.

TagsFrederick Leonard Osagie Elegbe Peggy Peggy Ovire
‘I don’t want to have a child or get married again’ – Princess Shyngle tells men
Senator Dino Melaye’s babymama, Actress Bisi Ibidapo celebrate daughter’s 10th birthday
We use cookies on our website to give you the most relevant experience by remembering your preferences and repeat visits. By clicking “Accept”, you consent to the use of ALL the cookies.
Cookie settingsACCEPT
Privacy & Cookies Policy