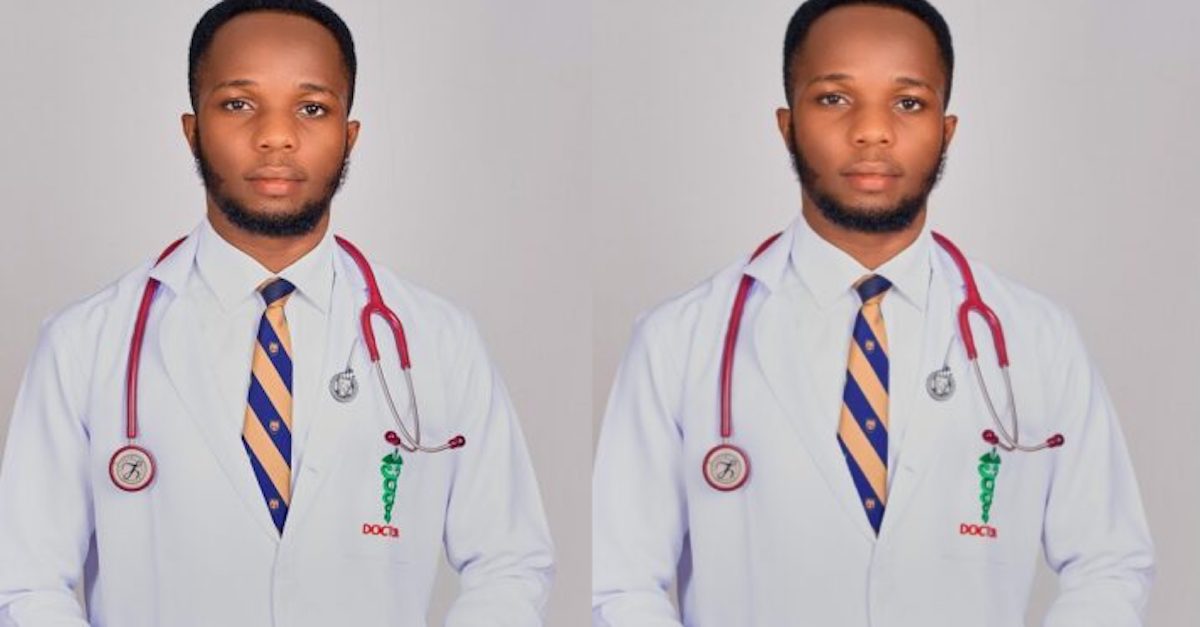 A young man identified as @drpenking on Twitter has been left completely heartbroken after catching his girlfriend cheating.

He said he caught the girlfriend in bed with his friend.

It appears she was having an affair with his friend while in a relationship with him, and he only just found out when he caught them together.

Meanwhile, the doctor had taken to Twitter a few months ago to praise the girlfriend and how he doesn’t deserve her after she surprised him with a gift after he finished his housemanship.

“I completed my housemanship today and I received a surprise call and the surprise gift. I legit shed tears today. 😭 I don’t deserve this woman. 😭😭. Off to the next level in the profession. Closer than ever to Japa.”

However, only months later, he announced that the relationship had come to an end.

He quoted his previous tweet praising her and wrote, “I caught her with my friend 💔.” 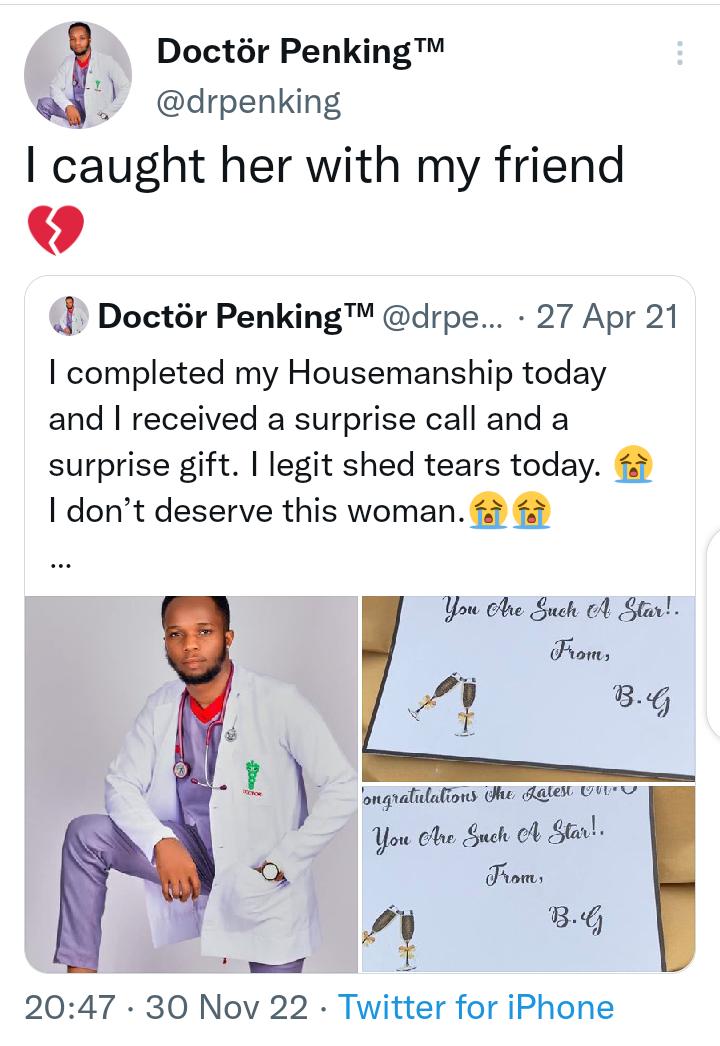 Close childhood friends of 15 years divorce barely 5 months after getting married
“I waited for 8 years”- Ooni of Ife’s queen, Tobi Phillips recounts how she eventually won monarch’s heart
We use cookies on our website to give you the most relevant experience by remembering your preferences and repeat visits. By clicking “Accept”, you consent to the use of ALL the cookies.
Cookie settingsACCEPT
Privacy & Cookies Policy