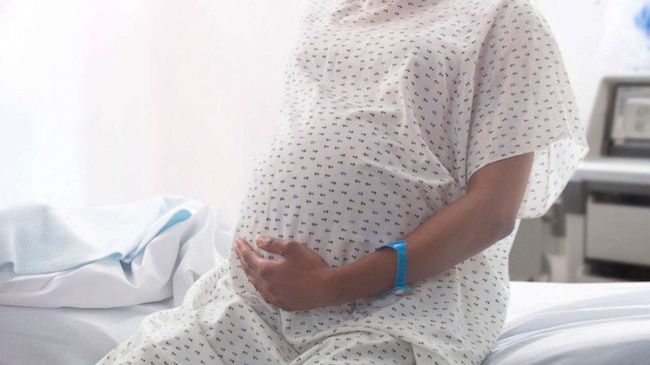 A young man recently dumped his longtime girlfriend, Sarah, in the labour room after finding out that the child doesn’t belong to him.

According to him, he had discovered that the baby wasn’t his when she was six months gone.

Sarah’s boyfriend who shared the story said he and Sarah had been trying to have a baby without success until she fell pregnant suddenly, but he didn’t question it.

He was happy to the point of planning to propose on the delivery day.

“My girlfriend just gave birth to our first child. I know I’m not the biological father and I revealed I knew as soon as she gave birth.

I’ll try to keep this short because l’m planning to go to a bar soon.

I found out when she was about 6 months along.

The guy (Bryan) approached me at my work. “Are you Sarah’s boyfriend?” I said yeah and ask what he wanted. He said he was sorry that he had slept with her and swore he didn’t know that she was with someone (I don’t believe that).

He then pulled out his phone to show the texts between them. They had been sleeping together or “linking up” for at least a year. Then she found out she was pregnant and they came to an agreement to just pretend the baby was mine. In return, she wouldn’t lose her perfect life and he wouldn’t be responsible for a baby.

I knew it was weird. We had been having problems trying for a baby and all of a sudden she got pregnant so easily. But he explained that he had been thinking about it and he recently became a Christian. He said that he couldn’t live his life knowing that I was living a lie while his child didn’t know their real father.

I’ll spare the details, but she went into labor, baby was born, and was taken to the NICU to be monitored for a bit. What should’ve been a beautiful moment of me holding my baby, was the most heartbreaking time of my life. Just knowing he was not mine hurt me. Once she was sewn up and comfortable I started packing up my stuff to leave.

She asked where I was going and I just told her.

“I know I’m not baby’s name’s father. You can act all shocked but I know. Just ask Bryan to come, I’m positive he’ll sign the birth certificate” Then I left.

She’s been calling my phone over and over (even sending texts as I type this) and has even gotten her sister to call me a few times.

It was hard pretending these last few months but I think I’m satisfied. I feel really really heartbroken though. I was planning to propose to her on the day our baby was born. I was gonna make her the happiest woman ever. Oh well. Im going to go get shitfaced now.”.

“Man of the people, God bless you”- Many hails MC Oluomo as he gives an old retired man a huge sum of money
Shock as 9-Year-Old girl impregnated by 13-year-old Cousin
We use cookies on our website to give you the most relevant experience by remembering your preferences and repeat visits. By clicking “Accept”, you consent to the use of ALL the cookies.
Cookie settingsACCEPT
Privacy & Cookies Policy