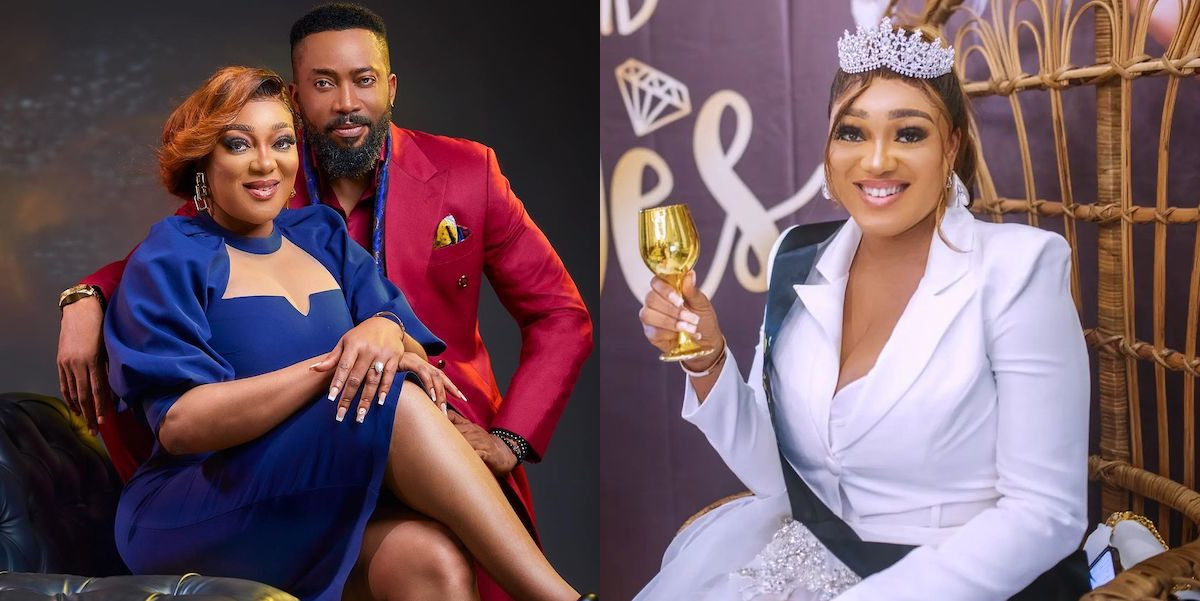 Peggy Ovire reveals her secret while replying to a fan’s question about being Frederick Leonard’s wife.

The female fan, who had crushed on Frederick, questioned her secret to winning his heart.

In response, Peggy revealed that patience was the virtue she used in being Mrs Leonard.

The fan identified as @amaka5397 wrote,

“Even though u don carry my crush no problem make I go find another one. Peggy what did u add in ur stew?

TagsPeggy Ovire
Veteran actor, Adebayo Salami celebrates daughter as she graduates from University in United Kingdom
Congratulations pour as actor Murphy Afolabi bag endorsement deal
We use cookies on our website to give you the most relevant experience by remembering your preferences and repeat visits. By clicking “Accept”, you consent to the use of ALL the cookies.
Cookie settingsACCEPT
Privacy & Cookies Policy