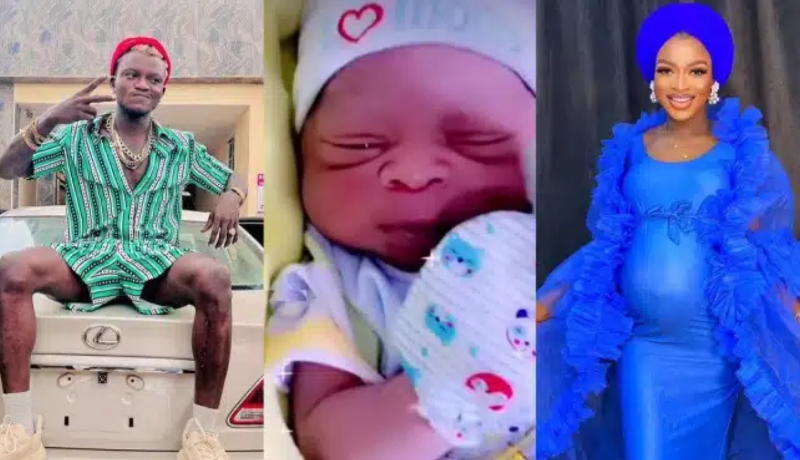 Controversial Nigerian Singer, Portable has welcomed a child with his baby mama weeks after his wife cried out that the singer was planning to take a second wife.

The musician reportedly planned to marry a second woman after having an affair with her, which led to some conflict with his first spouse.

According to information posted on the singer’s Instagram page, Portable’s baby mom gave birth to the child early on Sunday.

Announcing the arrival of the baby, Portable wrote;

“She said YES!” – Actor Wole Ojo engages mystery lover
Veteran actor, Adebayo Salami celebrates daughter as she graduates from University in United Kingdom
We use cookies on our website to give you the most relevant experience by remembering your preferences and repeat visits. By clicking “Accept”, you consent to the use of ALL the cookies.
Cookie settingsACCEPT
Privacy & Cookies Policy