Home » “Every cent, every penny, every kobo is 100% mine”- Actress Oyedeji Olaide react after being accused of not the owner of her new house 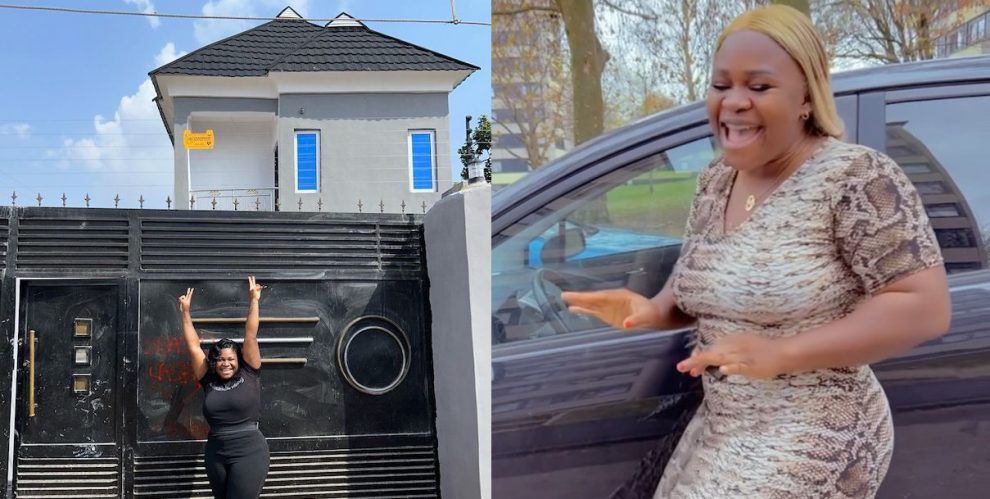 Nigerian actress Oyedeji Olaide has replied to those saying she’s not the owner of her new house.

Timeofigist recalls Oyedeji Olaide took to social media to announce that she has acquired a new house, thanking God for all ends.

Sharing a photo of her new mansion, she wrote:

God did it. With all the shouting, all the disgrace, all the embarrassment from some vendors and some fans, I thank God its all end in praise. This can be possible without all the correct vendors and correct fans. Thank you’ll for believing in me, na your money I take build am oooo. Y’all are my real MVP’s. The journey of 10 months ends in absolut praise, there are a lot of people I would love to tag and appreciate but I can’t mention all names but this one I go talk am @feranmi_spiritual_empire have said it in private am saying it in public again THANK YOU there is really anointing on this mountain adunbarin ma toshi thank you my woman 🙏🙏

Shortly after she makes the good announcement, many speculate that the German-based actress is not the owner of the house she posted.

Reacting to this Oyedeji Olaide shares a video of herself moving her property into the house, saying every money and sweat she spent on the house belongs to her.

She further encouraged anybody who thinks the own the house to come to public to speak or reman silence.

Some people say no be me get house 😂😂 #latestlandlady Every cent Every penny Every kobo is 100% mine/my sweat 😓 If your money Dey dia speak or forever remain silence !!! 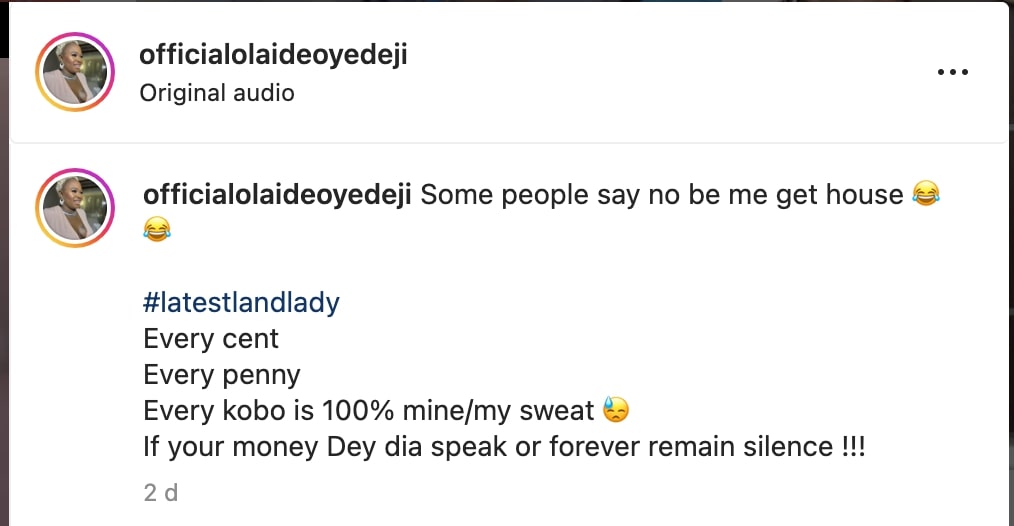 TagsOyedeji Olaide
“Abusive husband”- Davido’s cousin, Sina Rambo’s wife announces marriage crash
“May you live long in good health”- Wumi Toriola celebrate father’s birthday
We use cookies on our website to give you the most relevant experience by remembering your preferences and repeat visits. By clicking “Accept”, you consent to the use of ALL the cookies.
Cookie settingsACCEPT
Privacy & Cookies Policy